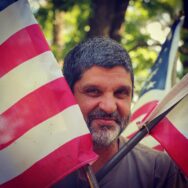 Firstly I’ve done at least four podcasts focused on the 2020 election polls. In addition I have been at odds with the media because I’ve said from the beginning this election is nowhere near decided. Now it’s even closer. Details in 2020-Like-2016-Only-Worse-Bob Davis Podcast 950.

Media Clinging To Made Up Story

Secondly many media penguins are still touting national polls. Even more they cling to a story line the democratic ticket will win “in a landslide”.

Catching Up To Me

However suddenly many of these same media penguins have started to say what I was saying in these podcasts months ago. 2020 promises to be a close election.

For example Real Clear Politics features an analysis of Hillary Clinton’s poll performance at this time in 2016. Then they compare it to Biden’s polling this year. Find it here.

In other words we now see the polling shows a much closer 2020 election than we saw in 2016. Similarly unpredictable tighter democrat and republican margins in battleground states also suggest either candidate could win more of those states with a plurality than 2016.

This is Not Over No Matter What They Tell You

More importantly there is no clear leader at this time, despite the national polling.

No Odds, Predictions, Or Partisanship

Finally I do not try to tell you who’s going to win. I will not read things that are not in the polls or quote national polls. I will not give you odds, chances or any other prediction based on these polls.

An Effective Predictor! Who Knew?

Certainly this approach along with my focus on battleground states has proven to be an effective predictor in itself, once the rest of the penguins in the media catch up.

The Life Of An Insect

In conclusion the part of the election season where people actually start paying attention is like the life of an insect. Short. In addition it is also volatile and unpredictable despite the story lines and predictions on both sides.

Finally, yes. It’s crazy out there.

In short any development can potentially skew polling numbers one way or another on any given day.

No Picks, Odds or Predictions

But if you want analysis that doesn’t pick a side or try to convince you of an outcome, this is the place for it.

Sponsored by Strategic Business Attorney Nathan W. Nelson at Virtus Law and Auntie B Rentals and Realty One Group Choice