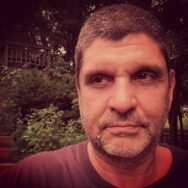 Battleground States Too Close To Call

Firstly it may be a surprise to some but the battleground states are too close to call. Secondly these days pundits follow each other. They strive to make predictions. Learn why I say this in Battlegrounds-Too-Close-To-Call-Bob Davis Podcast 955.

More importantly for the country, these commentators are setting up false expectations.

Above all this has been a consistent feature of my podcasts regarding polling in swing states, since January 2020.

Why Do We Play The Game?

Finally I believe we play the game to find out who wins. We don’t call the winner before the game starts.

USA Has No Direct Presidential Election

It should certainly go without saying but we do not directly elect presidents in the United States.

Therefore a media obsessed with national polls and performance ratings is setting us all up.

What I Don’t Do

I don’t do national polls. In addition I don’t talk about approval ratings or name recognition. Reporting on the betting tallies for the election is also out.

Above all I do not care who wins this election. So it’s easier for me to analyze poll results where they matter.

Don’t Use The Term ‘Accurate’

To go further we do not use the term ‘accurate’ when discussing polling. I am only concerned with whether the poll’s methodology and structure is reliable.

When it comes to the selection of the president in short, the battle is in electoral vote rich states with more balanced voting histories. In other words not all one thing.

To clarify the states that will decide the presidency are these states.

In the same vein I check the polls in these key states everyday and I keep seeing the same result. Certainly there are ebbs and flows when it comes to preference but overall it remains a very close election.

For example even though one candidate might appear to have a 3 point, 5 point or more lead it doesn’t mean the other candidate couldn’t close that lead and win with a very small plurality on election day. In addition some polls consistently over estimate support for either the democrat or republican candidate.

Unfortunately and most importantly our media doesn’t seem to understand that in survey research, two, three, five and sometimes six points, could actually be a statistical tie.

Yep. Too Close To Call

Therefore too close to call.

To sum up this is a must listen podcast roughly thirty days away from November 3rd.

It is by no means decided because it’s too close to call in the battleground states.