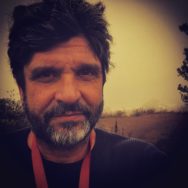 Your Dog Understands You. Updates just ahead of the weekend. The bloated and unresponsive Internal Revenue Service and its arrogant bureaucrat in chief have apologized to small businesses that have had their assets seized after running afoul of byzantine regulation. It seems if you deposit over ten thousand dollars in a bank account, the IRS thinks you’re a drug dealer. If you deposit less than ten thousand dollars, guess what? You’re a drug dealer too. Or something. Anyway, that means they can seize your assets and ruin your business. Especially if your business is selling guns, as one gun dealer and Iraq War Vet discovered last year. Today John Koskinen, IRS head apologized. Meanwhile, Wisconsin Senator Ron Johnson says his investigators have uncovered thousands of emails between Tea Party hater and former IRS manager Lois Lerner and the White House. Hmmm. Aside from the VA, this is the one agency that is the poster child for incompetence, bloat and poor management. The US needs a twenty first century tax system that doesn’t require thousands of government employees – earning twice what the average private citizen earns while they go to conferences in luxury hotels on the tax payer’s dime. Don’t try to pass it while President Obama is in office. Make it an election issue. Two Civil Rights leaders were recently invited to participate in a police training simulation of high pressure situations which might require deadly force. In both situations the civil rights leaders fired their weapons. One said he just kept pulling the trigger. Did the suspect have a gun? “I didn’t even look”. It was an eye opening moment for both of these gentlemen who discovered its easy to criticize what cops do, from the outside. This is a program which should be put in place across the country. In Minnesota, the Southwest Light Rail project is stalled amid fighting between the Minneapolis Park Board, an unelected Met Council and a governor who is worried the project will lose federal favor and funding. At issue is whether the LRT will pass over a bucolic foot and bike bridge by Cedar Lake, or pass through a tunnel. Rich people in Kenwood and around Cedar Lake are opposed. Everyone else who doesn’t live there, and the fat cats who’ve bought up the land along the corridor in Saint Louis Park and Hopkins are all for it. Its wonderful when the left beats itself up. The latest political story line? If the Republicans win the presidency in 2016 (far from a lock) the United States will be a  ‘one-party-state’. What about democrats now serving in legislatures, as governors and in the House and Senate? They don’t count? And yes, your dog can read your emotions and understands your words. Sponsored by Baklund R&D.