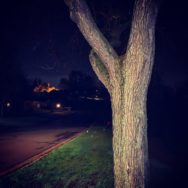 Moreover not only is Facebook’s user experience poor, so is the experience for advertisers. See the editor’s note at the bottom of this blog to learn more about the trials and tribulations of content creators and advertisers on FB

For example we should be now be aware Facebook encourages discord and disagreement. From the time of my first post on this subject new information has come to light.

Finally I’ll ask this as a question. I wonder if Facebook itself is behind this. And, if they are, why? Check out Facebook’s-Real-Evil-Purpose-Bob Davis Podcast 939.

(Editor’s note: I am doing a new post for podcast 939 due to two reasons. First replacing an image for a podcast with Facebook clunky and byzantine image ‘scraping’ process is slower than just copying and pasting a new post with a new SEO title and some minor changes, Second, Facebook also has images with any artwork that uses the Facebook logo, but slightly changes it. So much for the social media giant’s promotion of ‘free speech’.)