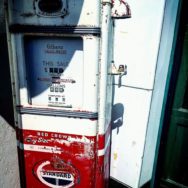 […] Genius’ to taxes and spending. Most noteworthy in this podcast are a few corrections on recent podcasts and referrals to resources for podcast listeners and subscribers on some of the issues in the […]