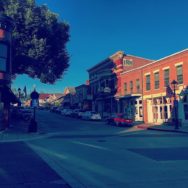 Podcast 501 – Mark Korin. Hear the story of a small town Minnesota Mayor’s battle with the mighty Met Council’s planning czars in Podcast 501 – Mark Korin. Oak Grove mayor Korin has had it with the overbearing manner and attitude of the Twin Cities’ premier regional planning agency; The Metropolitan Council, and he may have actually figured out how to beat them. Major cities all over the country have regional planning councils with varying degrees of authority, with issues related to central planning without the consent of residents in small towns, medium sized and large sized cities. The planning authority in Minneapolis and Saint Paul is something called the Metropolitan Council, a panel of regional ‘representatives’ appointed by the Governor, controlling urban planning, sewer and water, metropolitan airports and transportation including the Metro bus and train services. The Met council has a huge budget, its own police force, and holds sway over small town city councils such as Oak Grove and Lake Elmo and big city councils like Minneapolis and Saint Paul. Who wields this power? A panel of ‘representatives’ appointed, and not elected. This in a state that elects its Supreme Court Justices, and it could be argued, the Justices actually have less power than the Met Council. Over the years we’ve heard many people on all sides of the political spectrum complain about development issues in their towns and cities. Usually residents incorrectly blame these problems on elected officials on planning councils and city councils, all the way up to County Commissioners. In Oak Grove the issue is housing density and long term development plans. In Minneapolis the issue is the planned Southwest Light Rail, which will cut through one of the most pristine urban parks in the country — the Chain of Lakes Area — and one of the most wealthy (and politically liberal) neighborhoods in the city. Here we have citizens on completely different ends of the political spectrum dealing with overbearing – and unelected – government power. What these residents don’t know is, city councils and county councils cannot legally say no to the Met Council. The Minnesota Legislature just passed a bill ‘reforming’ the Met Council, which consists of some cosmetic changes to the terms of council members. Oak Grove and Minneapolis are represented by a collection of powerful politicians in the State House and Senate; Speaker of the House and representative to the residents of Oak Grove, Kurt Daudt, powerful State Senator from SD61 (The Senator representing those rich neighborhoods in Minneapolis up in arms about the light rail cutting through their backyards) Scott Dibble, and Oak Grove’s Senate District 31 Senator, Michelle Benson. How is it these politicians missed how to address the Met Council’s overbearing and unrepresentative power, and a small town Mayor may have figured it out? Sponsored by Ryan Plumbing and Heating of Saint Paul.