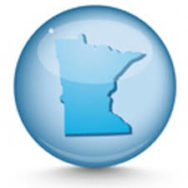 My From The Bunker Blog is back with a focus on local business. My first local business blog is about my friend Todd Johantgen, at Johantgen Jewelers in Crystal. Check it out!