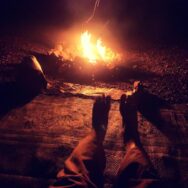 Is The Collective Consciousness Real Or Not?

Firstly do you think if something bad happens in the world we all feel it? Let’s talk about it in Collective-Consciousness-Real-Or-Not-Bob Davis Podcast 1074.

Secondly is the collective consciousness real?

Most importantly Carl Jung discovered something he called the Collective UNCONSCIOUS in the early 20th century.

In fact ever since then it’s been controversial.

That is to say people have been debating the inner workings of the mind since Jung’s ground breaking discovery.

What Is The Collective Unconscious?

But what’s significant now are proliferating ideas about what the collective unconscious is and exactly what it does. Not to mention the idea that somehow it meant a collective CONSCIOUSNESS which it did not.

Certainly there are a lot of videos and books about what Jung said.

And many incorrect or blatantly false quotes attributed to Jung.

However there’s no substitute for actually reading Jung.

Psychology Of The Unconscious

Especially his first major book The Psychology Of The Unconscious.

Furthermore someone isolated for a few weeks somewhere is unlikely to be aware of anything happens outside of his surroundings despite the so called Collective Consciousness.

In short The Collective Unconscious was never a psychic Internet.

And never intended to be taken as such.

Making A Buck With Fairy Tales

Yet a lot of people are making a buck telling people the collective consciousness is in fact a human version of the Internet.

Finally the reader might wonder why this is important.

Because of the so called collective we believe things that have never been proven.

That is to say our superstitions can lead us to make bad decisions individually and collectively.

To sum up Carl Jung discovered what might be referred to as a universal human operating system.

However by definition we don’t have conscious access to it.

And I am not sure we want to.

In conclusion we’re living through extraordinary and difficult times.

Above all we need to be able to think clearly. A new study says egos get bigger after meditation and yoga. Wait! What? I thought yoga quiets the ego? Get my reaction to this study in Ego-Narcissism-Meditation-Yoga-Always-A-Student-Podcast 732.

Study Could Shake Up Yoga Community

The study, from Southhampton University makes some claims that might shake up the Yoga community. In the west these days our ‘persona’ is a product and a real thing. Furthermore social media emphasizing the ego.

Especially relevant is the emphasis placed on youth and beauty. Yoga in the US certainly has a stereotype. So it’s especially relevant given these factors, people may do yoga to feel better about themselves. Is that so bad?

Hitting The Mat To Lose Weight

We come to the mat for many different reasons. For beginners, spirituality usually isn’t one of those reasons. People want to lose weight. Some want to look good for an upcoming event. Others are stressed out. In addition some yogis use the practice to cross-train for a better finish for the marathon or to make their golf game better.

We’re not supposed to make judgements. We do, though. One thing I understood years after I started practicing is that yoga amplifies what is inside you. If you’re a jerk, yoga will make you a bigger jerk. I explain how that might work in Ego-Narcissism-Meditation-Yoga-Always-A-Student-Podcast 732.

The study didn’t examine how yogis change after practicing for a few years or decades. What if comparisons and judgements are part of the yoga journey? Therefore, if we stay on the path we learn lessons that put the ego in perspective.

I spend a lot of time talking about myself in a podcast taking the position that yoga is in fact ego calming. I find that most noteworthy and ironic.

What Is A Healthy Ego?

In conclusion, what is a heathy ego? When does a healthy sense of self become narcissism? For many students of yoga this is a huge part of the journey. Maybe its starts with wanting to lose weight or look good, but ends with profound insights.

These days there’s a great deal of positive talk about ‘the economy’. Moreover, the focus is on government and big companies. Not a lot of realistic talk about our ‘personal economy’. We’ll talk about it in Ending Personal Finance Delusions-Road To Recovery-Todd Rooker-Podcast 719.

Unvarnished Observations Of Someone Who Knows

In Ending Personal Finance Delusions-Road To Recovery-Todd Rooker-Podcast 719 we hear the unvarnished observations of an experienced corporate and personal financial advisor.

Forget Wall Street. How Is Our Personal Economy?

What are the pitfalls for small business owners? How are families and individuals doing when it comes to personal finance? How is our personal economy these days?

Living The Dream. I Mean Delusion

When it comes to day to day financial management, it’s especially relevant to learn it’s pretty easy to live in a delusion, apparently. That goes for personal finance and business finance. Especially small businesses. This is just one of the key takeaways from our talk about why small businesses fail.

To be sure financial advisors love to talk about retirement and living your dreams and passions. Thing is, living the dream requires a spartan lifestyle. When you’re living high on the hog, spartan is not something you want to do. So, business owners sometimes find it easier to avoid accounting for all expenses.

Todd Rooker’s observations are important for younger adults and small businesses. One of the most useful is a detailed explanation of how to account for all spending. I was surprised to learn some of the most knowledgeable and self aware see only what they want to see, when it comes to expenses. Delusions. There’s that word again!

Psychology 101. Our Own Worst Enemy

Human psychology determines what we’ll admit when we start totaling up the monthly budgets. Effective planning means short circuiting our own biases.

People want to follow their passion. How do you do that? Why doesn’t it always work out? Lots of great suggestions in Ending Personal Finance Delusions-Road To Recovery-Todd Rooker-Podcast 719 along these lines.

Truth is, most people are living day to day. Businesses started to serve a passion can fail. The root cause may be a surprise. Most noteworthy, is the idea it may be all about accounting for all the details and potential pitfalls when you first start out.

How do we plan and prevail?

Surviving and prospering is what it’s all about!