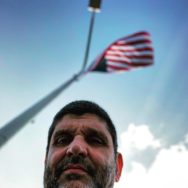 The Government Should Do What I Say!

First of all people say it all the time. We pay the politicians salaries so they should do what we say. Learn more in Newsflash-USA-Not-Democracy?-Bob Davis Podcast 890.

What We Need Is More Democracy!

Moreover there are plenty of slick videos on social media telling us the same thing. The government doesn’t work for us, it’s not even a democracy “anymore”.

US Was Never A Democracy

What if I told you the United States was never a democracy to begin with?

What Is A Representative Republic?

Seems like the actual nature of the United States Government and it’s states is a mystery. Here’s a definition of democracy, and a definition of a representative republic.

In addition to slick instructional videos on social media telling us our government is supposed to work for us, it’s always a red letter day when a politician schools constituents on exactly how our government actually works. You’ll hear both examples in Newsflash-USA-Not-Democracy?-Bob Davis Podcast 890.

Above all our founders feared the mob. They took steps to insure against something they called “The Tyranny Of The Majority“.

In contrast you hear people say it all the time. Majority Rules! Our government doesn’t work for us! Truth is, it might not have been designed to work specifically FOR you.

The American people share their sovereignty with local, state and federal governments. We send representatives to our capitals. They do their work under a written constitution and the rule of law, with our input.

Tyranny of The Mob

What happens when you have mob rule? The French Revolution. The mob put the leader of the revolution itself under the blade. In the end, the French got a dictator. Tyranny as the result of mob rule.

Our Constitution is Outdated!

Certainly some think our constitution is outdated and it just needs a facelift.

Finally, I personally think we already have too much democracy.

What we need is more republic.