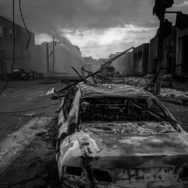 Turn me loose and I’ll talk up a storm. Every now and then I ditch show prep and freestyle a podcast. Check it out in Flu Shot Debate-Fake Boom-Easy Talker-Bob Davis Podcast 791.

These days most people are getting flu shots. I usually forgo the vaccination. Mention this at a party and you’ll ignite a passionate response. Especially relevant is the recent death of a commentator from complications arising from H1N1.

The Boom That Didn’t Boom

Another show stopper is the suggestion our so called ‘economic boom’ isn’t. Moreover analysts are starting to write about the fact that US and world economic growth has been tepid at best.

In addition there are suggestions the shadowy “Plunge Protection Team” is behind the sudden upswings in the markets. Learn more in Flu Shot Debate-Fake Boom-Easy Talker-Bob Davis Podcast 791.

Truth is many of us can’t tell the difference between opinion and news coverage. Consequently facts can confuse people suffering from the so called Prague Delusion. I’ll tell you about it in Flu Shot Debate-Fake Boom-Easy Talker-Bob Davis Podcast 791.

Finally every now and then I engage on FaceBook to see what people are thinking. Seems like most of my engagements are with other people’s posts. It’s most noteworthy when an engagement happens on my own podcast page. In Flu Shot Debate-Fake Boom-Easy Talker-Bob Davis Podcast 791 I talk about how I have pulled back from telling people what to think and what to believe.

Persuasion Is The Name Of The Game

In conclusion, so much content these days is focused on persuasion. People telling you what to think and how to think. Consequently it feels like we’re always being pushed in a direction whether we want to go there or not. Certainly podcasts as a medium can do better than cable news and talk radio shouters.