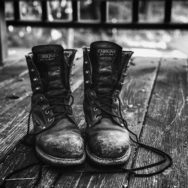 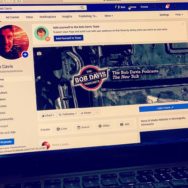 My personal struggles with Facebook’s byzantine rules for advertising my podcasts is especially relevant. In addition I provide some ways to circumvent the rules I am sure the Russians have already figured out.

Who Decides What Free Speech Is?

Moreover the question of whether the constitution or a company determines free speech, is key.

Some say this all started with Charlottesville a couple of years ago. Even more alleged Russian ‘election tampering’ through social media has really got the social media companies running scared.

Silicon Valley In The Dog House

A litany of testimony in front of House and Senate committees from big Internet companies and the threat of antitrust enforcement have Silicon Valley billionaires shaking in their sneakers. In a way I almost feel sorry for them. Politicians used to love social media. Now Zuckerberg’s in the doghouse. Details in Free Speech-Social Media-Bob Davis Podcast 829.

Opinions Are Suddenly Frightening and Dangerous

Consequently one wonders whether people in this country will ever be able to hear an opinion they don’t agree with, without being ‘triggered‘, or thinking there’s an international conspiracy against them.

What’s A Mother To Do?

Certainly users can block, mute or unfollow unsavory characters and people they don’t agree with.

However this isn’t enough.

Gag Them! Shun Them! How Dare People Express Opinions I Do Not Agree With!

As the result of their crimes, offenders must be gagged. Even more, permanently prevented from having their say. This is the corporate version of free speech, backed by a roiling mob.

Finally the real truth is you can ban someone from expressing their opinions or entertaining, but you can’t ban the backlash. Sooner or later competitors to these companies will emerge. Content Creators will find other platforms.

In conclusion and in defense of Facebook, getting them to let me advertise podcasts has been clunky and frustrating…

Moreover some of the worst trolls hide behind anonymity. In this sense, I can understand why ‘registration’ and ‘authentication’ is now part of the process for media businesses on some platforms.

No Longer A Democracy

There will be challenges to  gaggings. Some of those challenges will be based on the first amendment and perhaps equal protection clauses of the fourteenth amendment.

And there should be.

I may not agree with your crazy conspiracy theory or your opinion, but I defend your right to tell the world about it.

Without free speech, we are no longer a democracy or if you prefer a representative republic.

THAT is truly terrifying.