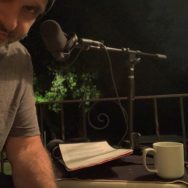 Live from the Front Porch! These days we all need some summer fun. I once lived on the front porch for an entire summer and it was pure bliss. Summer stories in Front-Porch-Summer-Stories-Bob Davis Podcast 928.

First of all we honor those who have fallen in battle for our country on Memorial Day.

Second we’re not supposed to say, “Have a happy Memorial Day Weekend”.

Finally I did anyway. I know. Just seems like we all need some good summer vibes.

Consequently I might take some flack for my summer best wishes. However this three day weekend in the US is also our summer kick off.

More importantly this is probably going to be the weirdest Memorial Day weekend in memory.

Therefore as I we kick off the weekend time to share some stories about summer.

For example there was the time I spent an entire summer living on the front porch. My backyard ‘fort’. Running around the neighborhood in the middle of the night. Spending the entire summer at the Lion’s Club Pool.

What about those rainy cold summers? Day after day spent playing cards with all the other kids on the neighbor’s front porch. At the end of the summer someone would announce school was starting soon. What happened to the summer?

Above all summers in the upper Midwest are short. Memorial day weekends are usually rainy and cold. Due to the extreme nature of our seasons up here we approach every moment of any warmth with gusto! We’ll talk about it in Front-Porch-Summer-Stories-Bob Davis Podcast 928.

In conclusion, join me on my front porch today as I test out some new podcasting equipment and tell some stories. We all need a break from the insanity.