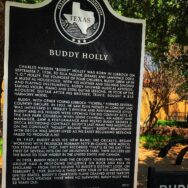 Most importantly I am in Quartzsite Arizona Live for the biggest RV show of the year. But I arrived here a week early! Join me for a Quartzsite primer in Quartzsite-Arizona-Live-Bob Davis Podcast 976.

Firstly I have heard this story differently before.

Secondly the truth is even more bizarre.

To clarify Camels and Quartzsite go back to 1850 and then Secretary of War Jefferson Davis.

Above all Davis had the bright idea of using camels to transport people across the rocky desert terrain out here. Click here for at least some the details.

Even more Quartzsite figures into the story of violent outlaw Gary Tisen. Here’s a link to the 2017 movie.

Meanwhile as I sit here in the desert in front of a fire every night I am reminded that every place seems to have its own history.

Certainly discovering unique stories of the past and regional differences are what make travel so great.

Further I can’t wait to get into the RV culture and look for some Mobile Podcast Command creature comforts.

In the same vein there are many different people and unique types of nomad travel vehicles here.

Staying In The Desert

Finally thanks to my friend Neil Seven I’ll be headed west to the California desert for the most bizarre and intense off road race in the country. Lots of other RV people and nomads headed that way as well.

In conclusion call it wandering, being a nomad or just road school. Hanging with Mobile Podcast Command and going where I want is pretty damn good therapy for whatever ails you.