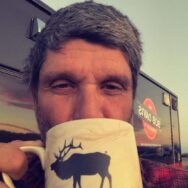 Secondly many people to thank for contributing and sponsoring.

In addition every year on New Year’s Eve I do a podcast and thank everyone who lent their support to help mentor me way back in 2009 when I started this podcast.

It’s Been A Year

Certainly this has been a year.

That is to say it was difficult.

And it has been difficult going back to 2020!

Above all while I think we’re going through a major transition on many levels New Year’s Eve isn’t the best time to chronicle all that.

And a look ahead for 2023 travel and challenges.

To clarify the elephant in the room has been inflation.

Furthermore I’ve done more than a few podcasts about inflation and what it means for the nomad.

Most importantly economic issues have made 2022 difficult.

I prefer to remain optimistic for 2023.

On the other hand this podcast will not be going into economic stuff too deeply.

Because we have parties to get ready for!

In short there are people to thank.

As well as some talk about running an artistic business.

Change Is An Ongoing Theme

Certainly that means less barnstorming around the country.

However my life has been enriched by relationships with other nomads formed because I was forced to stay in one place more than I would have liked.

Finally there are things to be grateful for.

Maybe more so because of the kind of year we all had.

In conclusion change seems to have been a theme this year and is certainly on the horizon next year.