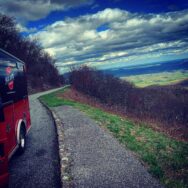 Hey! When Your Passion Calls Answer The Call

First of all I am so excited to be back on the road and answer the call. Life is short. When passion calls. Answer! Details in Answer-The-Call-Bob Davis Podcast 991.

Secondly I travel back roads unless there’s an emergency.

Most importantly if you follow the podcasts you know I’ve been dealing with the aftermath of my mom’s death.

I mention this experience to clarify some key conclusions in this podcast.

Certainly I don’t plan on belaboring this topic in coming podcasts.

Family Stuff Is Over

Above all I’ve been in Virginia for three months dealing with family stuff.

Back On The Road

As a result I was chafing at the bit to get back on the road.

In addition the idea of following your passion feels very strong for me these days.

Even more when your passion calls, answer the call.

In the same vein life feels like a long experience.

Sometimes we wonder why we do anything at all. Especially when we aren’t vibing with it.

And of course we all have to do things we don’t want to do.

But I’m here to endorse the idea that doing something we don’t want to do for very long is not a good idea.

Furthermore we don’t how long we have to create on this plane.

Finally I am super Geeked about getting back out here.

Learn From The Road. A million things to talk about and a million more things to see and learn from.

More From The Road

So, more podcasts in the near future and more from the road.

Finally the plan is to head west with some visits here and there.

In conclusion following our passion isn’t without its ups and downs.

However answering the call really does smooth out the good and bad days.

Here’s to the sunny days, warm sun, and open road. And the Blue Ridge Parkway! After three years at the motorcycle rally at Sturgis, South Dakota it gets harder to find the story. Lots of engine revving and people partying. Been there. Done That. This time I found a slightly more reserved part of the Sturgis Rally, in Sturgis 2017 Shows How We Go With The Flow-Podcast 654.

I get a lot of requests for travel advice. Been all over and through the USA more than once in Mobile Podcast Command. Up and down both coasts. One thing I’ve learned. Planning is good. Throwing the plan out the window is better. As in life though, it is easier said than done. In Sturgis 2017 Shows How We Go With The Flow-Podcast 654.

Let It Go and Enjoy The Ride

We’ve all heard the stories about the job someone took on a lark and it worked out great. Or the unexpected and unplanned move. The mail order bride who turned out to be ‘the one’. Floating down the river instead of swimming against the current. This has always been a difficult concept for me. It’s the core of Sturgis 2017 Shows How We Go With The Flow-Podcast 654.

I believe in goal setting. Objectives. Working toward those objectives. I believe if you want to enjoy travel, each trip has to have a purpose. An objective. I set goals and objectives for travel, and life. In many ways they are similar concepts. We ‘travel’ through life. It seems to me that if we just float along anything may happen.

Throw The Plan Away

Achieving something means deciding what you want and working toward that goal. Right? Often, travel has no respect for goals and objectives the traveler holds dear. Life is very much like travel in this respect. On this trip, once again I learn frustration with myself, with goals. THE PLAN evaporates when I just go with it. That is a good thing. In Sturgis 2017 Shows How We Go With The Flow-Podcast 654.

Especially relevant were my visions of a fantastic campground at Sturgis, surrounded by the party. That would have been possible with more planning and a lot more money, come to think of it. Thinking about coming out to South Dakota for Sturgis 2018? Start saving now. Motorcycling these days means putting your bikes in the back of an RV,or trailer, trucking them to Sturgis, or Keystone, or the Badlands National Park, and cycling to the Rally from your campsite. In Sturgis 2017 Shows How We Go With The Flow-Podcast 654.

You can also spend close to a thousand dollars for a campsite at the rally for a week, with your RV and trailer. It seems a far cry from the bad old days in the 1960’s and 1970’s. Then again, everyone is having a great time. Sturgis is still a place where people passionate about motorcycles can spend as much time as they want riding, and talking about their motorcycles. Getting work done. Buying accessories or even a new bike.

Sturgis is still about freedom and passion. The riders are often a little older, wiser, and better off financially. Isn’t that what America is all about? We’ll talk about it in Sturgis 2017 Shows How We Go With The Flow-Podcast 654.