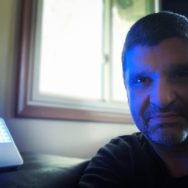 I am a night person. Always was and will be. These days though it’s getting ridiculous. Staying up really late for a free wheeling talker in Nocturnal-Thoughts-Seasonal Changes-Bob Davis Podcast 867.

Anyone who knows me is well aware of my scheduling extremes. Especially relevant are the changes I go through when the seasons change. Suddenly also Minnesotans are beginning to get scratchy throats and head colds. Here it comes.

First of all, sometimes I stay up so late I end up coming back around. This is what I call schedule flip. Then use something called a SAD light to reset my body clock. During this process I am in schedule hell. Staying up late and waking up too early.

Second as I am in the midst of this sleep schedule nightmare I am getting texts from friends. “Did you cover the Trump Rally?“, they want to know. So, unfortunately I have to address these questions in Nocturnal-Thoughts-Seasonal Changes-Bob Davis Podcast 867.

Because if I have learned anything traveling across the country and covering primaries and caucuses it is that the media loves a dumpster fire. Certainly Minneapolis did not disappoint, with dueling enthusiastic supporters of the president and protesters.

Above all it looks to me like the question, “Is It News?” hasn’t occurred to anyone. Certainly nothing wrong with getting a bunch of people together to collect email data and campaign contributions and to have something to post on social media. That goes for both sides in these cartoon political times.

Meanwhile the real news? Not getting addressed and ‘bubbling under’ when it comes to real coverage. The situation with Turkey and the Kurds. Stories about the Repo markets and federal reserve returning to a form of quantitative easing you would think would be unnecessary, what with the booming economy.

Consequently it’s time to just talk it out. Kind of a transition between some of my heavily researched recent podcasts.

As a result it’s a long goodbye to a great summer and the difficult transition to fall in this podcast. And considering my sleep schedule please don’t fact check on this one!