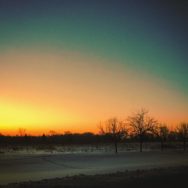 Colder this weekend in Minneapolis and Chicago than Antarctica. Colder even than high noon on Mars! Spending a lot of time inside pondering the end of the government shutdown in Polar Vortex-Deep Freeze-Cabin Fever-Thoughts-Bob Davis Podcast 799.

These days theories about why winter is cold abound. An arctic polar vortex that has split in two. An impending flip in the magnetic polls? Consequently we spend a lot of time talking about the weather.

First of all this weekend will go down in history as the moment when President Trump yielded to a newly elected congress controlled by the democratic party. At least for the next three weeks.

A snafu at some of the nation’s largest airports, caused by air traffic controllers calling in sick brought the president to his knees. Finally a deal was made to reopen the thirty percent of the government that was ‘shut down’ which did not include funding for a ‘wall’ on the US Southern Border. Find out what’s next in Polar Vortex-Deep Freeze-Cabin Fever-Thoughts-Bob Davis Podcast 799.

Too Cold To Care

But the cold is the most noteworthy topic. How do you adjust to the cold? When it comes to getting out of the cold where do you go? Can’t bother to spend a lot of travel money to go someplace that is 60 degrees. People from the upper midwest, used to sub zero temperatures, have to go to the equator to get the cold out of their bones!

Moreover this freewheeling talker includes a lot of opinions about people yelling and screaming. Social Media. Cable News Channels. My view is we’re not getting anywhere because people are watching and listening to media that confirms their own biases. So getting to the bottom of what the situation is, or isn’t, can be difficult.

IS The Economy Booming?

A good example are assertions that the economy is ‘booming’ or that US consumers are already benefiting from ‘tax cuts‘. I’ll tell you whether this is true in Polar Vortex-Deep Freeze-Cabin Fever-Thoughts-Bob Davis Podcast 799.

In conclusion I would much rather comment on the social implications and facts rather than join the crowd predicting the future and telling you what to think,

It’s Way too cold for that!