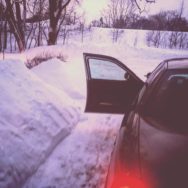 These days almost everyone across the US thinks their winter has been cold. People in the Upper Midwest have really experienced cold. Especially relevant? It may be about to get a lot colder. Learn more in Winter Stories-Grand Solar Minimum-Bob Davis Podcast 810.

Ever since Rudolf Wolf started measuring solar cycles back in 1755 they’ve been counting them. Solar Cycles last roughly 11 years, and we are just about to enter Solar Cycle 25.

Moreover there’s more than just an 11 year cycle when it comes to the sun. During the Maunder Minimum, from 1645 to about 1715 solar activity was pretty quiet. Check out Winter Stories-Grand Solar Minimum-Bob Davis Podcast 810.

The Maunder Minimum is often referred to as a ‘Little Ice Age’. During this time London’s famous Thames River froze solid. Let’s just say it wasn’t a good time. Some scientists believe we are about to have another minimum. They call it a Grand Solar Minimum. Others refer to this predicted period of low solar activity as a ‘Super’ Solar Minimum.

Sun Cycle 25 begins in 2020. Professor Zharkovia, Doctor Helen Popova and Professor Simon Shephard and Doctor Sergei Zharkov all predict we could have a new ice age by 2030. Batten down the hatches.

What About Human Behavior

As we head toward sun cycle 25 we’re already in the early stages of the weakening magnetic field. How will this cycle effect our weather? How might sun cycles effect human behavior?

Immigration Reform. (Midweek update, a little late due to a long podcast with Andrew Richter and Jason Bradley. The point of podcast 254 is that you can stop unelected regional boards from encroaching on your town. While critics of organization say you have to have candidates who inspire people to get involved first, where will the candidates come from? Local politics is one of those areas were individuals can have a huge impact. Thanks again to Community Solutions MN for joining the Bob Davis Podcasts.) President Obama prepares to issue executive orders granting amnesty to some three million illegal immigrants across the US, igniting a political fire storm. The President wants Republicans to pass the Senate Immigration ‘Reform’ bill, which has been languishing since last year, Republicans don’t want to pass it. So, the President will issue orders that accomplishes the same thing. Sort of. The idea of using executive orders to ‘legislate’ from the White House is controversial; one of the oldest constitutional arguments in the Republic. Courts have supported Presidents who use executive orders in an ’emergency’, but that doesn’t make them any less controversial and politically provocative. George W. Bush got into hot water with detentions , surveillance and ‘Gitmo’. Obama questioned how far he could go on immigration as late as last year, suggesting to supporters in the Latino Community that he could only use executive power related to existing legislation. Now he appears to have changed his mind. Since the President and now minority Democrat leadership in the House and Senate are moving to the left, expect more executive orders designed to ignite debate and draw attention to their issues, and their agenda in preparation for 2016. Don’t expect President Obama’s actions to be designed to help Hillary Clinton. Rather, it might be suggested the President, Harry Reid and Nancy Pelosi are moving to the left, to lay the groundwork for an Elizabeth Warren presidential run. Deflation is now the number one financial news story after being featured on the Bob Davis Podcasts last month and earlier in November, 2014. With Japan in recession, Europe on the brink and China in trouble, central bank stimulation and big government public works projects are not working. The solution? More central bank intervention and public works projects! Really? Meanwhile, depending on what fourth quarter US economic numbers show, get ready for sandbagging. Already defenders of more public works projects and cotton candy from the central banks are pointing to ‘cold weather’ as the reason for potentially (hasn’t happened yet, but just in case) negative economic numbers. We have had earthquakes, hurricanes, hot summers and cold winters during economic boom times as well, but suddenly ‘the cold’ (which has lasted two weeks) is causing an economic slow down? Keep in mind as late as a week ago the media was telling us the reduction in oil and eventually gas prices would act as a boon to the US economy. What happened to that line of reasoning? “Cheaper gas acts like a tax cut” they say. Really? Bottom line is, Keynesian economic policies don’t work. One thing cheaper gas means, according to Bloomberg.com, is people will be flooding onto the nation’s highways for the Thanksgiving Holiday. A whopping .1 percent increase as compared to air travel this year. The Bob Davis Podcasts will be out on the road to report on this story. If you plan on driving to this year’s Thanksgiving feast at the relatives, Podcast 255 has some suggestions on how to avoid the traffic. Sponsored by Baklund R&D.