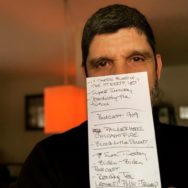 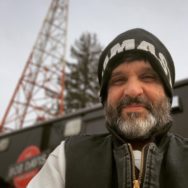 Independent Not Taking A Side

When it comes to political coverage these days there’s no one to depend on. Learn more in Taking-Media-Road-Less-Traveled-Bob Davis Podcast 903.

Especially relevant? My current travels. On the road covering democratic candidates in Iowa.

Rolling Through Back Roads America

Moreover I’ve been driving a lot. That gives me time to talk to friends.

Jumping On The Bandwagon

One of my friends was upset because she said her favorite talk show hosts are jumping on the Trump bandwagon.

Get On The ‘Team’

More importantly my friend wanted to how independent hosts suddenly end up on someone’s ‘team’. Consequently I explain some of the reasons in this podcast and in some other recent podcasts like this one.

Been There Done That

Certainly I’ve been there. Been told to be “more positive” about republican candidates.

It’s all the result the political climate. Doesn’t matter what platform a host is on.

To scale today you need money.

Certainly those putting up money want their point of view represented. Above all, republicans want so called ‘right wing media’ to do their fighting for them.

They’re Told To Get On Board Or Get Out

I feel sorry for my colleagues on certain platforms, where there’s pressure to get on board, or get out.

In conclusion I’m not taking sides. Independent means not telling listeners what they want to hear. Therefore I definitely won’t carry anyone else’s water.

Not Bought and Paid For Media

Finally, no svengalis here. Just a lone wolf and independent content creator. A road less traveled, but much more rewarding.

Hence, not bought and paid for.