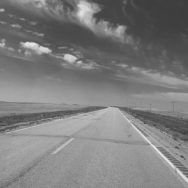 They used to say don’t believe everything you read. These days that maxim applies to just about any story. Especially when it comes to YouTube. We’ll talk about it in YouTube’s Hogwash Motherload-Bob Davis Podcast 815.

Right off the bat, I love YouTube. Furthermore, I spend way too much time going down the rabbit hole of videos in my feed, based on videos I have watched.

Some people love watching videos about how to install motorcycle parts. Some people love crazy theories about the end of the world and conspiracy theories. Especially relevant is my hobby of pointing out propaganda on YouTube. In addition, my questions about Americans joining less educated populations in believing mostly pure nonsense. Propaganda as a purpose. As a result, we’re gonna get into it in YouTube’s Hogwash Motherload-Bob Davis Podcast 815.

Lately the motherlode of propaganda and other hogwash are videos from someone who claims to be a Doctor Claudia Albers. Moreover her claims get more absurd by the day. For instance, the sun is no longer shining. Our light comes from “sun simulators“.

In addition, videos by so called ‘people in the know’. The guy on YouTube who claims to “know someone” in the Defense Department, FEMA or some shadowy agency. “Hey Guys”, they chirp. “I just got a call and it’s about to go down“.

Hoodwinking America For Fun and Profit

Certainly these videos appear to be pure fantasy. Therefore I wonder how many people are hoodwinked into believing conspiracy theory and pure nonsense. Aside from making YouTube a vast intellectual wasteland, above all is there a rhyme or reason to this madness? I think there is.

If YouTube Is The Source How Do We Know What’s Real?

Considering the fact that YouTube is the second largest search engine, in the final analysis what is fact or fiction? Who funds these channels? What is their impact?

Finally if mistrust and confusion is the goal of propaganda, this particular current sample from YouTube is the Motherlode.