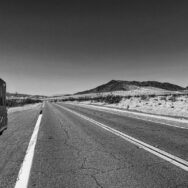 Firstly been doing podcasts lately on Nomad Backlash so it’s time to talk about the Sheer Joy of GoGoGo. Let’s get into it in Sheer-Joy-Of-GoGoGo-Bob Davis Podcast 1052.

Secondly I think it’s fair to day that Jack Kerouac is the patron saint of the nomad experience.

And in keeping with the sentiment of ‘On The Road’ I will not call it the nomad ‘movement’.

Above all I read ‘On The Road’ when I was still in my teens.

Moreover I wonder if the book influenced me or if wanderlust was a part of my soul even then.

Even more when the beat generation had its romance with the American West I should think the texture and tone of the people and the land was considerably different in the late 1940’s.

To lend our sovereignty to prepacked ‘movements’.

Because that’s what you do today.

Most importantly this desire for relevance through social media is one of the things that makes life so oppressive.

Therefore the ongoing and burgeoning romance with cutting loose.

That is to say living in the now.

Meanwhile there is this great question of authenticity.

For example if you spend anytime on certain so called ‘business’ social media platforms these days ‘authenticity’ seems to be the most sought after virtue.

One Day At A Time Is Good Enough

After that on the road there is a sense of finding yourself if you can live one day at a time.

In addition I think this is a good time to talk about this quest.

And the fact that achieving this sense of authenticity seems so difficult for some.

The Flow Is Out Here

On the other hand out here on the road it seems to just flow.

Finally in this podcast I talk a little about my first year on the road.

Roaring across the landscape coast to coast and border to border.

And how it’s been since then.

A Beat Poet Leaves A Gift

But most importantly what an incredible gift Kerouac left us without ever intending to wanting to be a ‘movement’.

To sum up let’s ask some questions about our own quests.

What’s we’re pushing to realize out here on the two lane roads of America. 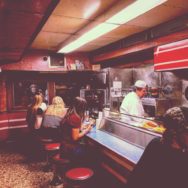