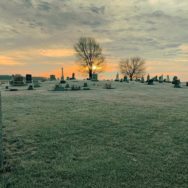 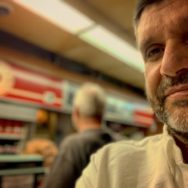 What Is All This Talk About Recession

These days it’s hard to tell who to believe. In many ways it’s the best economy ever. The best time to look for a job. An unprecedented economic boom. Why is everyone suddenly talking about a recession. Learn more in Recession-Warning-Media-Confusion-Bob Davis Podcast 855.

First of all I am not here to tell you the economy is in the tank, or that it is booming.

Recession! Depression! Do I have Your Attention Now?

Truth is if you put the words recession, bust, or depression in an article you’re going to get people’s attention. In addition it doesn’t hurt to have a couple of historic drops in the stock market.

Now that I have your attention…Listen to Recession-Warning-Media-Confusion-Bob Davis Podcast 855.

It doesn’t matter if the markets recover from those drops.

What matters is now the media has a story line that predicts doom and destruction.

Especially relevant is a lesson I learned a long time ago. It doesn’t matter how well informed a commentator might be. Making predictions about a force of nature like the world’s largest economy, is a fool’s errand.

Even more, it is true our economy is growing and we are enjoying the longest economic expansion in memory. It’s also true it’s a shallow expansion and that growth just above the inflation line, isn’t really booming. Moreover, the expansion is getting pretty long in the tooth, as the say.

There Is A Season

In contrast like the seasons, economies operate on a cycle. Truth is anyone who predicts a recession will ultimately be right. Just like fall into winter recessions have a purpose. Economic contractions kill off the weak plants and animals and insects so the strong and grow again in the spring.

So when the yield curve inverts and the market drops it is certainly worth paying attention.

Seems like we’re missing something though. While the politicians and talking heads trade insults about who’s predictions are right, what are we thinking about?

In conclusion what plans to we the people have for the future economy of the United States. I sat down to do a podcast on the yield curve, claims about unemployment and recession predictions. I ended up with an essay on the pitfalls of talking economy in an election year, the ballyhoo on the current economy when the real questions aren’t even being asked. Let alone answered.

Where are we going? What are we trying to accomplish? What kind of economy do we expect in the future. Is it really manufacturing jobs in Ohio and Coal Mines in West Virginia?