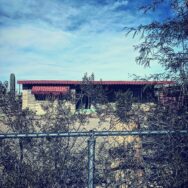 Podcast 562-Father Son Debate Recap. Live from Los Angeles, California. Time for a father and son recap of the last debate between the presidential candidates in the 2016 election cycle. Mercifully, at least this part of the process is completed. Now its the beginning of the final stretch of campaigning for Donald J. Trump and Hillary Rodham Clinton for the White House. In Podcast 562-Father Son Debate Recap, you’ll hear the differences between how the younger generations see this election versus their parents. My view is, while Trump was more disciplined in this last debate in Las Vegas, he still doesn’t tell anyone exactly how he will do these wonderful things he wants to do. More frightening is the fact that Hillary Clinton knows exactly how to do what she wants to do. Both candidates offer state solutions to all that ails the nation. One wants to offer ‘free’ college and health care, the other will grow the moribund US economy by getting our allies to pay the US for their defense. The problems are much more complicated than that. Moreover, solutions that aren’t state oriented are more challenging to foster. We’re living in an age when more people in the US are getting used to ‘free’ stuff from the government. Building walls, getting allies to ‘pay’, ‘free’ college and ‘fixing’ ObamaCare are only going to add to the deficit and deepen our fiscal and social problems. This is why I say the current two-party system, stepped in old thinking, has produce two of the most ill suited candidates in modern history, perhaps in all US History. My son, Andrew Davis, has some slightly different views and he presents them quite well. All in all it was probably as substantive a debate as we’re going to get from Trump and Clinton. Our analysis touches on the debate, the style of the candidates, some of the current state by state polling, foreign policy, aid to allies and foreign trade. Sponsored by X Government Cars.

Not 1995! Lots of stories in the news about real estate and consumer culture, and the state of retail. Its starting to feel like the business models that have propelled us from the 90’s aren’t working so well anymore. Now analysts wonder why millennials aren’t buying homes. Zillow theorizes that people are trapped in a high rent situation that prevents them from saving for a home down payment. There’s a greater question though. While we have been subjected to one rosy scenario after another about housing’s comeback — which really hasn’t materialized —  when repairs, taxes, assessments, interest and other costs of home loans over thirty years are considered, do you think owning really that much economical? With millennials burdened by student loans, the specter of higher lifetime social security costs and poor quality employment, is anyone really that surprised they’re not in the home buying mood? Then, when you consider higher spending and debt levels, and the pension commitments for state and local governments, would you say you think taxes will be going down, or up? Potential buyers are also factoring this in, and the cost of the urban utopia created by subsidies, federal spending and higher taxation. Finally, have you priced homes in these urban utopias millennials supposedly want to live in? By the way, a new survey says the one thing people ‘blow’ their budget on these days is eating out, all the more expensive in the ‘urban utopia’, ruled by broke hipsters. When millennials finally do start families, they’ll be looking in the suburbs for housing because its more affordable. Then there’s the retail question. This week congress decided not to tax purchases made on the Internet, much to the chagrin of retailers that have been manhandling their legislators to push for a tax to ‘even the playing field’. More and more there are examples of how retailers want to use law and licensing to fence off competition. Meanwhile their business models suck. Poor service, high prices, snooty attitudes; It’s no wonder people want to buy things on line. Uber’s fight to get into Portland and New York City are just two examples; There taxi drivers try to fence off competition by selling ‘licenses’ rather than providing a service people want. We’re on the cusp of big changes when it comes to consumer culture in America, and it’s a good thing. Sponsored by Ryan Plumbing and Heating of Saint Paul and by Depotstar.