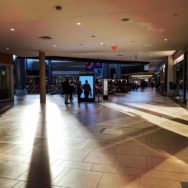 Media Fatigue. A voice mail from a friend sets a podcast about media in motion. ‘The Media’ occupies a big space in our society these days. Especially television. Especially the cable news networks. With people of a certain political persuasion, especially Fox News. At a recent political meeting, people were asked to raise their hands to answer three questions; How many attended a recent Basic Political Unit meeting (about ten), how many are precinct captains (about three), how many watch Fox News (everyone). Yes people are tired, frustrated, burned out, angry and confused, but they keep watching, and watching, and watching! Media is taking time away from citizen action to actually change things. What IS ‘The Media’? What effect does it have on society and individuals? Modern media has taken the space occupied by the fireside, by ceremony, by the shaman and priest. We think we are modern, but human nature hasn’t changed much. For all the things media does (entertain and inform), its primary purpose is to persuade. Print, radio, television and digital have different origins and textures, and are used for different reasons. Americans think they’re being informed but they’re being bombarded with emotional appeals, especially during elections. Reason and intellect are not in the media’s lexicon. We are ill served by poor reporting, story lines to keep people viewing and listening, and of course bias. There is nowhere to escape this constant stream of emotional persuasion, as long as you keep watching, hoping it will change. Are there times when television reaches high points? Absolutely. Does it happen very often. No. People have to learn to develop a strategy for what they watch, how they watch, and what they use the media for. (Editor’s Note: I counted 16 different things we can do and I list them in this podcast). People are constantly saying, ‘The mainstream media is biased, it has to change’. Why wait for the leopard to change its spots? Learn to use tools to watch, listen and read what you want, when you want it, how you want it. As things stand right now, media is making us more ignorant everyday. Expecting to BE informed from the mainstream cable news, talk radio and broadcast television, is a lost cause. Sponsored by Baklund R&D.