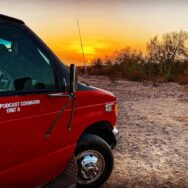 Stuck With Trump. The last spate of primary results are in, ushering in the inevitable implosion of Marco Rubio’s campaign for the Republican Presidential Nomination. John Kasich wins Ohio but the delegate count continues to widen in favor of Donald Trump, thus republicans might just be Stuck With Trump. Kasich has already hired establishment operatives with experience in ‘brokered’ or ‘contested’ conventions, as the Republican Party Establishment Thugs desperately try to ignore the wishes of republican voters. The same voters the party encouraged to attend debate viewing parties, the same party that ballyhooed the ‘deep republican field of young candidates’, all of whom busted. What a surprise that a reality TV star saw a huge opportunity to take advantage of the RNC’s creation of the ‘Greatest Show On Earth’. Who’s to blame? It’s tough to say it, and tough to hear it, but not the Establishment, not the Paulites, not the Christian Evangelists. Nope. Who’s to blame? The rank and file republicans who wanted simple explanation and meme style politics. The Tea Partiers who handed out the ‘How to Argue with a Liberal’ pamphlets. The people who wanted easy explanations to complex problems. The people who only sometimes vote, who make excuses when it comes to doing any work, the republicans who talk a good freedom game but are nowhere to be seen when its time to organize, because ‘they’re working’. Ok. They should all be thrilled with Donald Trump, who is for most of the things they are against, who could be running on the same ticket as Hillary Clinton. Rubio talked about ‘conservative’ values and ‘Republicans’ in his campaign suspension announcement but didn’t define either. He never defined conservative values or republicans on the campaign trail either. None of the republican candidates have. Now they’re frantically meeting to discuss a third party candidacy, which will take an enormous amount of work on a short deadline. There’s also sudden talk of the return of Jeb Bush as the result of a brokered convention, something this podcast warned people about weeks ago. Anything to stop Trump. Yet, Trump is the candidate the republican voters deserve. Trump is the candidate they have been praying for. The guy who can win the argument. Republicans and Trump; They deserve each other. Sponsored by Ryan Plumbing and Heating of Saint Paul and Pride of Homes real estate.