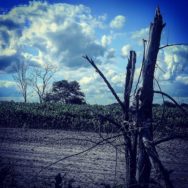 Summer Walk and Talk. The rules of the Walk and Talk Podcast are: No prep. No Planning. You walk. You Talk. Slash and Burn, Walk and Talk. At the peak of the summer it still doesn’t feel right to get down and dirty on the political front. There’s still a sense that the topography of the political battlefield will change at some point, and it will be back to the drawing board for the scores of presidential candidates, who are as plentiful as the corn growing in those Iowa fields. Besides, there’s Sturgis, air shows, local summer celebrations, fireworks, kids playing on the lawn, charcoal fires for steak and so…much…summer. Yet, if you look carefully, the sun has changed its angle slightly and in Minnesota at least, we’re just a month away from the State Fair. Every year, at some point during the state fair, the weather changes and we all know what that means. Fall is coming. So if you’re tweeting and face booking about one of the presidential candidates, watching the 24 hour cable channels religiously, hanging on every word of every shouting match, you’re missing real life going on. While people engaged in the business of politics are busy … the average person in the United States couldn’t care less right now about the latest spat between Mike Huckabee and Jeb Bush, or Bernie Sanders and Hillary Clinton. Big stories of the summer? The Planned Parenthood video is a doozy. The Chinese stock market collapse (which is being called their 1929) could become the black swan story if the perfumed princes in Beijing can’t get control of things. A calamity like this in Asia would have far reaching implications economically in the US and the world, and in terms of foreign policy. Commodity prices seem to be in a long term slump, and yet some media outlets are talking about inflation. Still, all these potential game-changers are just storm clouds in the west, on a warm summer night. A little lightning on the horizon, and maybe some rain and thunder by dawn. The romance of summer supersedes all that political noise, and it’s a good thing. Seriously, who doesn’t prefer the soft hum of summer twilight to some gas bagger on a podium? Sponsored by Baklund R&D. Heavy Stories. In the first of two podcasts for the weekend of January 23rd, 2015…the heavy stories. Lots of talk about the State of The Union, whether or not a Republican Congress can govern, factions forming in the House, and all the other static. These stories have obscured for the time being, discussions of the effects of the price of oil. The low price of gas is almost always celebrated by the media as a ‘good thing’ since ‘reductions in the price of gas, act like a tax cut on the economy’. While it is a pleasurable to experience to fill up your tank for less than thirty dollars, throw in a car wash and come away with change from your fifty, we still have a long way to go before the ‘tax cut’ experience kicks in. Suddenly though, the story line has changed. Media outlets and pundits who enthusiastically endorsed lower oil prices as ‘acting like a tax cut’ are suddenly decrying ‘deflation’ in the economy, and writing stories about how deflation can only lead to ruin, and ‘something’ must be done. Meanwhile, the price of beef, milk, cheese, rice and other staples at any store, whether it is a Walmart or a ‘Whole Paycheck’ aren’t ‘deflating’ very quickly. And since wages have not kept pace with even moderate inflation, Americans will need to see further reductions in the rate of inflation (Disinflation) before the celebration begins. And what about those media outlets? Why they have found a new story line … horrible and giant oil companies that are suddenly laying of noble workers in North Dakota and Texas. What will happen when companies start laying people off, due to reduced pricing power? (Editor’s Note: They don’t mention that energy price inputs for companies are also getting cheaper.) Why is the specter of deflation terrifying? Because as money becomes worth more (lower prices mean you can buy more) if you are in debt, it makes paying back the debt that much more difficult. And, the world’s central banks are carrying a lot of debt. So are companies and individuals, and your good old Uncle Sam. Moreover, this nonsense about the United States being economically decoupled from the rest of the world is being exposed. If the rest of the world slips into recession because of bad economic policy and bad monetary policy, and bad political leadership, why would the United States escape the pain, since our policy and political leadership is just as bad as say, Europe, if not worse. This — and many other issues — will also be discussed this weekend at the SD-61 Chili Dinner AND CONTEST in South Minneapolis. Come on out! Sponsored by Mycompletebasement.com.  (Editor’s Note: 06:38 Hours: Well, I just google mapped Midland Texas and characterizing it as in the Dallas metro, is a bit of a stretch, in fact it’s more like the splits. Midland is west of Fort Worth, close to Odessa so it really isn’t as to Dallas as Plymouth, Minnesota is to Minneapolis. I seem to remember a trip to Dallas, seeing an exit for Midland and it seemed a lot closer than it looks on the map.)