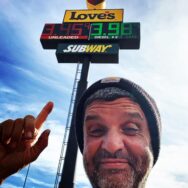 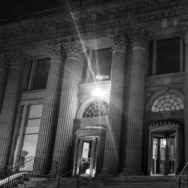 Republicans Sound Like Democrats. And democrats sound like republicans. Updates to start the first week of June, 2015. Self described Democratic Socialist Senator Bernie Sanders was in Minneapolis this weekend telling a group of aging hippies that America isn’t a democracy and is becoming an oligarchy. Is this true? Meanwhile, in Delaware, republican candidate Carly Fiorina told a group of republicans big business and big government are crushing Americans. Are these candidates really from different ends of the political spectrum? Do any of them know how to fix the ailing US Economy and by extension, foreign policy and domestic policy problems created by the Obama, and yes Bush administrations? US economic performance in the first quarter of 2015 has been revised down to a .7 percent contraction, all blamed on winter, the weak dollar, the sun didn’t shine this weekend, and it rained, or the dog ate my homework, again. Meanwhile pollyanna’s tout labor department numbers as proof we’re on our way to ‘full employment’; So if we’re on our way to ‘full employment’ mister smartypants, how do we get a nearly one point contraction? For the record, the second quarter isn’t looking too rosy either, with the contraction in profits and manufacturing apparently continuing. Think it’s all those low-grade minimum wage part time jobs we’re ‘creating’? Oddly enough if you don’t read too much between the lines, crazy old Socialist Bernie Sanders, and some Republican candidates seem to be saying the same thing. The question is whether they know the policies currently in place — the kinds of policies Bernie Sanders wants to triple down on — have created inequality and poor economic growth? The republicans talk the talk but do they realize what a political ordeal it is to actually fix the economy and by extension, the country? Meanwhile, the Oligarch’s just keep on comin’. The LA Times published an expose this weekend on everyone’s favorite ‘Tony Stark’ (Elon Musk) who is actually a corporate welfare queen; The ‘electric car maker’, ‘rocket company’ owner and solar power ‘entrepreneur’ has taken nearly 5 billion dollars in subsidies from the Federal and various state governments. Yep, your smug hipster neighbor just bought a ‘Tesla’ because it’s great for the environment and got help from you, through your taxes while you hope the oil burning 96 Saturn you’re driving gets you to your part time job today. Finally, illegal immigrants get special help at Minneapolis and other Minnesota schools, while the children of citizens are pretty much on their own, despite the fact that two federal courts now have told the President his executive amnesty program is out of bounds. Yet it continues. This is a time for people to ask themselves what they expect the government to do, and whether the people running for office really understand what needs to be done, and if the answer is no, finding the path to the political revolution necessary to change it. Sponsored by X Government Cars.