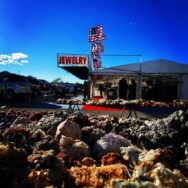 Happiness Versus Contentment in The Desert

The question of happiness versus contentment has certainly been on my mind lately. Learn more in Happiness-Versus-Contentment-Bob Davis Podcast 1084.

Firstly my history for travel has been an almost frenetic barnstorm back and forth across the country.

Secondly the specter of high diesel prices has me in a bind.

As a result I made a decision more than a year ago to restrict travel to the summer months.

And to hang out in the Arizona desert in the meantime.

As a result my life has been enriched by relationships and experiences I did not expect to have.

However adjusting to this temporarily stationary approach has not been easy for me.

Contentment By The Fire

Certainly the feeling of contentment is strong after a great meal by the campfire.

And a big cup of strong coffee helps too.

Does This Mean I Am Happy?

Therefore I wonder whether the feeling of contentment also means I am happy?

Urge To Hit The Road

On the other hand the urge to hit the road again calls me from deep inside.

Meanwhile I wait as fuel prices begin to decline.

Long Way To Go Yet

We’re not all the way there yet though.

Above all they say this time of year features some of the darkest and depressing days.

In the same vein this shows up for me as frustration.

That is to say I am chomping at the bit to get started on the back roads again.

But sometimes the best thing to do is stick with a good plan.

To sum up these are difficult days for everyone.

However I don’t see any reason to change the plan.

Or my approach to how I plan what I do.

Podcasts About Economic Conditions and The Nomad

Furthermore if readers, listeners and subscribers are interested I’ve done more than a few podcasts about economic drivers to the decisions I’ve made.

You can find them here and here.

Sponsored by Be You Enterprises