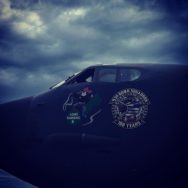 I am so sick of the media speculating on what’s ‘about’ to happen and predicting the future these days. So when something actually happens it’s worth talking about. Learn more in United States-Emergency-Spectacle-Bob Davis Podcast 807.

Trump Loves Bombshells and So Does The Media

Moreover when it’s a bombshell that triggers uproar from all sides of the so called political spectrum, it’s news.

The president has been talking about declaring an emergency for weeks. In addition there have been rumors his unhappiness with a legislative compromise that netted only about one fifth of what he wanted for his ‘big beautiful wall’ on the southern US border. It’s been a spectacle. It’s about to become a most noteworthy example of a political dumpster fire.

Can He Really Do That?

Especially relevant is the question of whether the president can actually declare an emergency to build a border wall. Obviously the Administration thinks so. There are currently thirty states of emergency already declared by presidents going back to Jimmy Carter. This will be number 31. We’ll talk about in United States-Emergency-Spectacle-Bob Davis Podcast 807.

All About The Approval Rating

There will be court challenges and lots of and lots of news coverage. Here’s the thing. Immigration and the border wall is a good issue for the president. Already some polls have his approval rating over fifty percent. As to whether a wall will actually work? I guess that remains to be seen.

Lost in the shuffle is a new budget bill that substantially increases federal spending. With the national debt at 22 trillion and more than 100 percent of the nation’s GDP you could call Trump President Donald Baines Nixon. With this spending bill you could call him Donald Barack Trump. (Editor’s Note: I refer to the debt of the US as the Budget Deficit which is probably somewhere around half a trillion. The 22 trillion dollar figure is in actuality the total debt of the US, currently at about 105 percent of the country’s GDP).

Suddenly the guy many republicans thought was ‘conservative’ is taking fire from the right as well as the left.