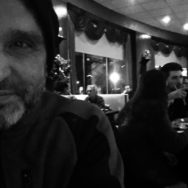 Ebola. Now playing in the United States. Even though the President assured the nation two weeks ago that the government had procedures in place to make sure people infected with the ebola virus would be detected if they tried to fly here, we now have at least one confirmed case of the Ebola Virus in the US. As this story has the potential to take over US media, what is our government up to? Twila Brase, President and co-founder of the Citizens Council for Health Freedom , has some chilling information about what many State Governments are empowered to do in case of a pandemic. Why hasn’t the government flat-out barred people from countries with Ebola outbreaks from entering the United States? When the President doesn’t seem able to make sure his own security is functional, how can we expect him to be responsible for the security of the citizens of the United States, even though that’s one of his primary responsibilities. Why haven’t governors barred flights potentially carrying anyone from a ‘hot zone’ into the airports in their cities? The United States is thought of as a sophisticated, even complex society; Modern. Doesn’t a virus like Ebola understand we’re a sophisticated and complex society? Can the kind of panic we see in Sierra Leone, and Liberia happen in the United States? As one of the country’s authorities on the Affordable Care Act, Twila also talks about a new storyline these days that claims Obamacare is working. With the ACA part of debates in the Senate race in Minnesota and across the country, as well as gubernatorial races, what’s the latest status? Finally, it’s fair to say that authorities in Texas, Atlanta and Washington may have the expertise and tools to contain this Ebola infection, and there’s no need for unnecessary alarm. However, studies show we can manage one, or even two crises, but a third causes a cascade of problems that can lead to catastrophe. Considering Benghazi, the Border, ISIS, the Secret Service and now Ebola in Dallas, being slightly concerned about this administration’s demonstrated incompetence might be warranted. Sponsored by Depotstar.