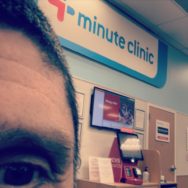 These days it’s everywhere. Moreover we have the same fight  about the flu every year. Learn more in Flu-Shot-Or-Not-Bob Davis Podcast 870.

Hear The Flu In This Podcast

You can tell as soon as you download this podcast I am just recovering from a pretty bad bout with the flu. Voice a little weak. Especially relevant is the heavy congestion.

First of all I don’t like getting flu shots. I’ve always felt that actually getting the virus helps your body gain a stronger immunity. In addition I also believe it gives you some immunity to future strains. The good news is you’re possibly immune to the zombie apocalypse flu. The bad news is you got the flu, right?

Beginning To Understand Why People Get Flu Shots

In contrast as I get a little older I am starting to understand why vulnerable groups are encouraged to get shots. Senior citizens, and sometimes the very young. Finally after ten plus days in a malaise, coughing constantly and having to get medications I have some thoughts to share.

The flu is like a hurricane. You know it’s coming. The storm might glance your island or miss completely. Then again it could be a direct hit. That’s what happened to me. Hurricanes are hard to predict and so is the flu.

Influenza is a viral disease. Antibiotics won’t help. Anti-viral drugs can help early on. But in the midst of the flu nobody wants to sit in a waiting room.

Most noteworthy? Influenza is a respiratory disease attacking ears, nose, throat and lungs.

Early symptoms always feel like a cold or headache.

“How did you know you were sick”, they asked me. Truth is, the coffee started tasting bad five or six days out. Then a lot of sleeping. A lot!

Furthermore when you start recovering you feel like a million bucks! As a result you gain some clarity about life. And stuff.

My conclusion is every now and then an enforced ‘vacation’, coupled with a physical ordeal can kind of be fun. People tell me I drive myself pretty hard and I guess I do. Getting called out of the game for a few days isn’t such a bad thing. We’ll talk about it in Flu-Shot-Or-Not-Bob Davis Podcast 870.

I love life. Even when it’s uphill. Those moments make the downhill moments seem even sweeter.

We can get caught in the ACTION phrase of life’s loop. When you just have to stop you learn a lot.

Flu Shot? Where’s The Fun In That?

Then again, I could have just gotten a flu shot.