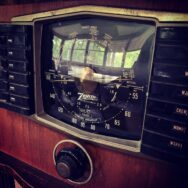 So Over Political Talk

Firstly I am so over political talk. Learn more in So-Over-Political-Talk-Bob Davis Podcast 956.

What used to be refreshing and unique in media has finally become wallpaper.

Life In A Graphic Novel

Secondly a recent ‘presidential debate’ makes our political and real life feel like we’re in a graphic novel.

Guess What? The Old Guy Next Door Is A Political Expert Too!

Everyone has suddenly become a political expert and wants to share it with the world.

Megyn Kelly’s gonna share her ‘Predictions’ of ‘what will happen in the debate’.

In the same vein the next day’s headlines are all opinion screeds from the penguin pundits.

This is not news.

Seems like our current political system has produced the worst candidates in history.

No Joy On Election Night?

Above all we don’t even know if there will be a result on election night!

But everyone keeps talking about it.

As a result So-Over-Political-Talk-Bob Davis Podcast 956 talks about what happens one kind of content saturates a medium.

People start tuning it out.

And turning it off.

What’s The Point? Clicks And Views!

Finally I have to ask. What’s the point? Who’s minds will be changed?

In conclusion I like this podcast because of the obvious level of my frustration.

I think much of our frustration and angst as a nation is due to all these magpies squawking on the power lines.

Most importantly I am certainly going to take some steps in the near future to further evolve the content of my podcasts. More about that in the future.

Meanwhile join me on a walk and talk. I’ll tell some radio stories and a few shout outs. In addition I’ll do my best to bring some clarity to this insanity.

Back to the graphic novel.

Sponsored by Cartridge World Why Pay More To Print? In Digital Media It’s All News. A tour through YouTube videos that predict the end of the world, a collision with a massive planet on a 3200 year elliptical orbit through our solar system, a massive conspiracy that includes mind controlling top entertainers like Beyonce, Lady Gaga, Coldplay and Kei$ha, FEMA camps and Walmart, and much much more. More of us get our news from videos on FaceBook, Twitter and YouTube on their smart phones everyday. As our devices get more and more powerful and sophisticated, digital media grows in reach and importance. Conspiracy theory videos some might think are ridiculous get millions of views. As we act more and more like tribes, we derive our information from sources our tribe approves of, sharing facts with only those in our ‘newsfeed’, or our list of friends, our tribes. In Digital Media It’s All News. With so many people watching it all, can our subconscious minds tell the difference between media designed to manipulate and media designed to give us facts? Do we have the discernment necessary to understand facts and context? What is the difference between the ‘real’ news and a conspiracy video on YouTube. Sometimes the videos on YouTube are done just as well. What is the difference between CNN and Fox and RT? Or InfoWars? Or a blogger you like. What prevents the kind of political action that solves problems. What happens when you go against your tribe? Are fear and ignorance driving the country, politically. You can’t stop it. No law passed will turn it off. We’re going to have to go through it, and somehow maybe learn the art of discernment. Meanwhile, gotta get back to the video about this planet coming it on the outer edge of our solar system. It’s gonna wreck everything. Sponsored by Hydrus Performance and Brush Studio in the West End, Saint Louis Park, Minnesota. Politics as Sport. Millions of people watched the most recent Republican debate on CNBC this week, and everyone is talking about how the candidates ‘really gave it to the moderators’. The moderators had it coming, but was this a surprise? Do you mean say the media is biased? Really? How shocking if true, right? Meanwhile this week a US Destroyer sailed past man-made islands claimed by China provoking quite a response. While the US should challenge Chinese ‘ownership’ of these islands this is just the kind of incident that creates foreign policy crises seemingly ‘out of nowhere’. To add insult to injury House Republicans this week voted to increase federal spending by 50 billion dollars in 2016 and something like 30 billion in 2017. (Editor’s Note: Republicans were shocked and dismayed in the 1970’s when President Carter’s budget deficit hit 45 billion.) Talk about the GOP betrayal of their voters? No, let’s talk about media bias, again. Republican and Democrat candidates running for their party’s nomination to run for president – technically not running for president yet – continue to play to the biases and fears of their most vociferous supporters, as part of a sick and dangerous symbiosis between media, pollsters, and politicians. People watch to see who will be ‘thrown off the island last’. Indeed, politics is being covered not as sports as covered, but is in fact a sport in itself. Why not talk about video games and fantasy football at the debates? The election is already a fantasy football league or video game, or reality TV show, anyway. With most people getting their news in shards from social media, google searches, You Tube and other sources like this, the story about three deep space objects hiding behind the moon is perceived with the same credibility as the story of US Special Forces and Navy Helicopters being deployed to Syria, where they may be as likely to get into combat with Russians and Chinese troops as they are to fight ISIS. We’re ‘Cruisin For A Bruisin’ in the United States if this is how we expect to elect the next President, and subsequently run the country. Don’t forget to join The Bob Davis Podcasts and Jason Lewis for a live podcast Saturday, Halloween at 11:00 AM in Lakeville, Minnesota at the Main Street Cafe. Sponsored by Ryan Plumbing and Heating of Saint Paul. (Editor’s Note: I refer to Russia Today, which is a propaganda outlet for the Russian Government as Russia Times. It’s RT or Russia Today.)