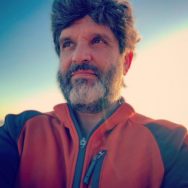 These days we’re in a news rich environment. Lots of breaking news. Content creators try to connect the dots and make predictions. A podcaster talks about this pressure and how to deal with it in Breaking News Fatigue-Podcast Consciousness-Free Wheeling Talk-Podcast 709.

As a podcaster with over seven hundred podcasts so far, I’ve learned no matter what has happened, I’ve probably done a podcast about it.

Many of the podcasts I’ve done have a lot of preparation and research behind them. But sometimes I like to just turn on the microphones and do some free wheeling talk about what’s going on, and the consciousness of The Bob Davis Podcasts. That is just what the doctor ordered in Breaking News Fatigue-Podcast Consciousness-Free Wheeling Talk-Podcast 709.

The Bob Davis Podcasts Are A Resource

Moreover many of the issues we deal with in media these days come up again and again. No matter what those issues are, I have probably done more than one podcast about it. As a result it is time to talk about The Bob Davis Podcasts web site as a resource. If you want to ‘connect the dots’ podcasts done on these issues over the last nine years are a great resource.

How do podcasters create content that is engaging and entertaining in this environment? How do you advance the story? Every now and then you have to throw the notes away and just talk. That’s what I do in Breaking News Fatigue-Podcast Consciousness-Free Wheeling Talk-Podcast 709.