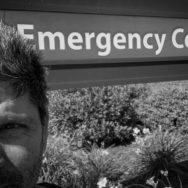 Walk and Talk. Review of last week’s Ebola and political news, on an evening neighborhood walk, during a perfect fall night in the Upper Midwest. What’s the first thing you thought about when you woke up today? How about the difference in being born during this time, or perhaps 1418? (Editor’s Note: Yes, this is the first thing I thought about when I woke up the day I did this podcast. Who knows where that came from!). The 1400’s? Probably not a great era to be born in no matter what your station in life; Peasant, or Royal. Life expectancy? Between 20 and 35 years. Probably the best place to live? A united China, at the dawn of the Ming Dynasty, in that era. 1400’s was also the peak of the North American Indians. While we can be concerned about the medieval things that happen in our time; Beheadings, the spread of Ebola and the fear associated with both, all other measurements of life these days compared to say, 1418 are much more desirable. Speaking of Ebola. At the suggestion of Republican Senator John McCain, President Obama has appointed an Ebola Czar. Now everyone is upset that the Ebola Czar isn’t a General. Really? How can moderate Republicans like McCain go around talking about ‘smaller government’ when their best suggestion on how to handle Ebola is more government? How did that work out with The Department of Homeland Security after 9/11. The President oversees the Defense Department, NIH, the CDC and has a Surgeon General. What about Obama being the Ebola Czar since he’s responsible. Minnesota’s Republican Senate Candidate Mike McFadden finally hits a home run by advocating a travel ban, while Senator Al Franken wants to think about it some more. Meanwhile, the President tells America not to ‘panic’. Who’s in charge? According to the New York Times, President Obama is privately ‘livid’ that apparently no one is. Message to the President: “Pssst…Sir…uh…You’re in charge!”. Additional thoughts on the President’s no drama process. Maybe he just doesn’t want to do what anyone else wants to do, and uses ‘process’ as an excuse. Philosophically, he doesn’t believe the US is exceptional, blames European Colonialism for the problems of the world, and hews pretty much to the progressive belief in expanding government … particularly the Federal Government, and actually the executive branch of the federal government. Houston, we have a problem. We have a bad president, and if we can make it to January 20th 2017, we’ll have a new one. Hopefully someone who has had executive experience as Governor and not another former Senator, and please no more community organizers! Finally, the political ‘moneyballers’ continue to predict a Republican Wave, for the election on November 4th, 2014 and then take back the prediction. What’s the difference between political scientists, television personalities and writers who know how to use excel? Political scientists concentrate on real voting data, historically, and use poll data sparingly. We won’t know what will happen in this election, until at least November 4th, 2014 — late into the evening. Sponsored by XGovernmentcars!