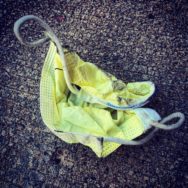 Amazing what a two day rollercoaster ride in the stock market does? Perspective tends to focus our thinking. In Stock Market Drop Forecast Crisis-Die By Market-Perspective-Podcast 699.

Recent ups and downs in the markets are a great thought starter. Sudden changes whether predictable or not, can provide some needed perspective.

Most recently the market dropped 666 points during President Trump’s speech. On the next business day the Dow dropped more than a thousand points. Trump stopped saying he made the markets sing because of the drop.

Most noteworthy our national conversation shifted from what we did during the Super Bowl to the markets in one day. In the grand scheme of things one thousand points is not the end of the world. Maybe. We’ll talk about it in Stock Market Drop Forecast Crisis-Die By Market-Perspective-Podcast 699.

Suddenly the idea of Washington DC driving media coverage seems stale. Google Trends shows interest in political news barely makes it into the top twenty. The market drop is one of the top searched topics. Especially relevant are the demos for so called news channels. As they keep talking politics their viewership keeps getting older.

Younger adults aren’t spending their time with Sean Hannity. What’s more the topics they search for don’t include the Nunes Memo or the Russians. Find out why and what in Stock Market Drop Forecast Crisis-Die By Market-Perspective-Podcast 699.

The Narrative Is A Bill of Goods

A republican president wants to help business, goes the narrative. The economy will grow. The stock market proves it. Right? All the top CEO’s and business leaders are ready to invest. Just look at the market.

In conclusion, there’s an old saying that markets sometimes indicate trouble ahead. Consider the fact that a marketplace represents thousands of people and billions of decisions about what to buy and sell. Maybe the market knows something we don’t.

If true, the old saw that the market predicts the future might be onto something. If it is it’s a lot bigger than the Russian Dossier and FBI corruption.