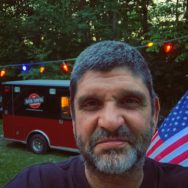 Firstly Art-Of-Politics-Polling-Prediction-Bob Davis Podcast 935 is part of a series of podcasts updating current polls for 2020.

Secondly I tend to avoid blanket statements when it comes to political polls.

Politics is An Art

Finally I believe despite all the technology we have politics is still an art.

No Silver Bullet For Predictions

Even more there is no application or spreadsheet that can ‘predict’ an outcome based on polls.

In short we can only look at probabilities.

Polls are snapshots in real time.

Shocking Confusion When It Comes To Polls

Meanwhile pundits and commentators continue to display a shocking confusion when it comes to understanding political polling.

Out and Out Bias

Most importantly some are ‘in the tank’ for one or the other candidate.

National Polls A Disservice To Supporters of Both Candidates

Consequently all of this political chatter and predictions does a disservice to supporters of all candidates.

Your Own Reality Check

On the other hand what if I can show you how to do your own reality check on your smart phone whenever you hear some wild prediction of a ‘landslide’ for either candidate.

That’s what Art-Of-Politics-Polling-Prediction-Bob Davis Podcast 935 is all about.

Still All About Showing Up

In conclusion if we have learned anything over the years, it is politics still belongs to those who show up.

Working hard down to the election is always the best approach. National polls are useless as the popular vote does not determine the presidency in the US.

Stay With The Bob Davis Podcasts

To sum up stay with me for a clear eyed view of the state by state polling results so that you’re not shocked and surprised on election night. Anything is possible, but right now it’s still a close race.

(Editor’s Note: As I recorded this podcast new polls were being released and results uploaded. As of the date of this post, the new polls have not changed my conclusion that 2020 will be close based on tight races in battleground states. I’ll do another podcast after the next spate of polls and we’ll see how things change. The good news is, if you listen to this podcast you’ll know how to update yourself when new polls come out.)

Election Aftermath. How did the mainstream media do in covering election 2014? What are the primary issues for voters. What happens now? It was announced recently that the Weather Channel Morning Show beat Cable News Networks CNN and MSNBC, hands down, during an election year. Fox News regularly ‘crushes’ rival CNN, and the lesser MSNBC. Broadcast networks covered the midyear elections in 2014, in an effort to compete with cable news services. Based on the reviews from viewers and ‘observers’ of the business and coverage on election night, none of them did a very good job. There was more coverage than ever, but the networks now place political operatives and ‘ideologues’ next to journalists, blurring the lines between opinion and fact. Add to this the increasing need for news networks to employ whatever means necessary to ‘predict’ the outcome of political races. Statistics and polls are never accurate; The only question is whether sample sizes and calculations are reliable. Ideologues may try, but they cannot ‘predict’ the future with a percentage, like a weatherman predicting the chance of rain at 12 noon. The media now blames the polls. One political science professor wants an ‘investigation’ of the ‘the polls’. The polls showed tight races, and while there were a few surprises, results were generally within the margin of error, which for some polls was a perfectly respectable plus or minus 4 points. You could certainly predict the Republican Party would have an historic election, but you couldn’t make that prediction based on polling data. Now, we’re told the polls were biased in favor of Republicans. In 2012, it was the other way around. The problem isn’t the polls, it’s the media’s incessant and unreasonable need to predict, cajole, call races and set the tone. People are getting sick of it, especially when social media, and the Internet provide real time election results without commentary. Who needs CNN, MSNBC and Fox News, and talk radio — all of which will take half an hour to tell you what you can determine in 5 minutes looking at a website that runs all the results as the polls close? What happened in 2014? What emerges from exit polls is a blurry black and white; You can sense shades but not color. You can see form, but you can’t make out anything specific. People are concerned about the Economy, the roll out of ACA and leadership questions concerning the handling of ISIS and Syria, and lastly, Ebola. Is it partisan to suggest the Democratic agenda and campaign tactics focused on issues at the bottom of the list for most voters? Minnesotans wonder why the Minnesota GOP and virtually all the statewide candidates lost a once in a lifetime opportunity to turn out the votes and unseat a democrat governor, and Senator Al Franken, while neighboring Wisconsin Governor Scott Walker seemed to be able to turn out his supporters to win. Is the President still relevant? Will the Republicans come up with an agenda that shows what they’re for, rather than what they’re against? All this in Podcast 250, while shoveling snow! (Editors Note: And maybe a train too!) Sponsored by Baklund R&D.