Firstly Art-Of-Politics-Polling-Prediction-Bob Davis Podcast 935 is part of a series of podcasts updating current polls for 2020.

Secondly I tend to avoid blanket statements when it comes to political polls.

Politics is An Art

Finally I believe despite all the technology we have politics is still an art.

No Silver Bullet For Predictions

Even more there is no application or spreadsheet that can ‘predict’ an outcome based on polls.

In short we can only look at probabilities.

Polls are snapshots in real time.

Shocking Confusion When It Comes To Polls

Meanwhile pundits and commentators continue to display a shocking confusion when it comes to understanding political polling.

Out and Out Bias

Most importantly some are ‘in the tank’ for one or the other candidate.

National Polls A Disservice To Supporters of Both Candidates

Consequently all of this political chatter and predictions does a disservice to supporters of all candidates.

Your Own Reality Check

On the other hand what if I can show you how to do your own reality check on your smart phone whenever you hear some wild prediction of a ‘landslide’ for either candidate.

That’s what Art-Of-Politics-Polling-Prediction-Bob Davis Podcast 935 is all about.

Still All About Showing Up

In conclusion if we have learned anything over the years, it is politics still belongs to those who show up.

Working hard down to the election is always the best approach. National polls are useless as the popular vote does not determine the presidency in the US.

Stay With The Bob Davis Podcasts

To sum up stay with me for a clear eyed view of the state by state polling results so that you’re not shocked and surprised on election night. Anything is possible, but right now it’s still a close race.

(Editor’s Note: As I recorded this podcast new polls were being released and results uploaded. As of the date of this post, the new polls have not changed my conclusion that 2020 will be close based on tight races in battleground states. I’ll do another podcast after the next spate of polls and we’ll see how things change. The good news is, if you listen to this podcast you’ll know how to update yourself when new polls come out.) 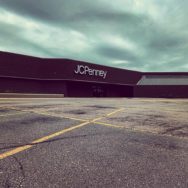