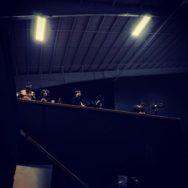 Delusion Or Delirium. Pick One.

Certainly it feels like we’re living in a national delusion or we’re delirious. Pick One. Learn more in National-Delusion-Delirium-Pick-One-Bob Davis Podcast 933.

Even more I might even forgive you for invoking The Matrix as a metaphor!

What Triggered This Podcast?

Firstly I don’t even remember the thought process that lead to this question.

Secondly you can find the definitions for what Delusion is here, and for Delirium here.

A Confused and Disturbed Nation

Most importantly I think our country fits the bill for both right now.

Plenty Of Examples Worthy Of Your Attention

Our World Has Become Dali Work

Consequently I forgive the reader, listener and subscriber to bring up The Matrix. However I prefer Salvador Dali.

So, I’ll explain what I mean by a national delusion in National-Delusion-Delirium-Pick-One-Bob Davis Podcast 933.

Moreover I’ll provide several examples of the potential cause of our acutely disturbed state of mind.

For instance, the peculiar Algorithms of social media. Or the real possibility Covid19 infections are less symptomatic and producing dangerous psychological reactions. And finally rapidly proliferating propaganda and conspiracy theories everywhere you look.

And If these aren’t enough to tip the scales, add to that our collective worry about our financial futures.

In conclusion a question and reference to the potential for a major financial meltdown.

In short our ability to handle another major shock in this country is dependent on the clarity of our thinking. If we’re all delusional or delirious we’re in for a long hot summer. 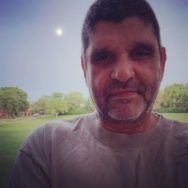