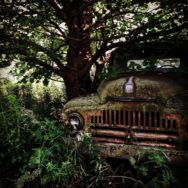 You have to be careful what you say these days. Moreover if you’re a content creator advertising what you say on social media, you face a thicket of protocols and rules. Better to talk about Rainbows, Unicorns and Pixie Dust. That is what we do in Rainbows-Unicorns-Pixie Dust-Bob Davis Podcast 812.

Most noteworthy is the reason for all these new rules and regulations. The Russians!

Since Russia allegedly employed thousands of bots to sway the vote for Donald Trump, something has to be done! Pressure on the big social media companies is immense. At the center of that pressure is FaceBook.

I ran the gauntlet of FaceBook rules recently. As a Podcaster my content generally focuses on Society and Politics. I am a commentator and reporter. I do not advertise or endorse candidate, parties or positions. Even more party political organizations, pressure groups or candidates do not pay for podcasts and do not control my content.

I tried to advertise a podcast recently that objectively reviewed GDP numbers for our economy. FaceBook’s silly rules put me in an impossible position. As a result I withdrew my advertising. Learn more in Rainbows-Unicorns-Pixie Dust-Bob Davis Podcast 812.

Finally it seems to me that FaceBook is increasingly clunky. Difficult to use. Consequently I think it’s time advertisers recognize the user experience on FaceBook is rapidly deteriorating. Some advertising executives have even suggested the era of FaceBook is over.

Rules Do Not Always Protect

In conclusion what is the responsibility of the user? Yes, I support the idea that we should be identifiable as real users. However unfortunately speech control often ends up hurting people instead of protecting them.

Much better to drape yourself in Rainbows, Unicorns and Pixie Dust. 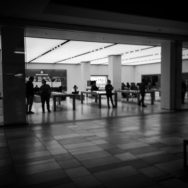 New Radio Show. In a freewheeling discussion on Saturday night about talk radio, media and creativity, the new Bob Davis Podcasts Radio Show on the Genesis Communications Network is announced. The Bob Davis Podcasts are content rich, so taking some of that content and reproducing it into a one hour weekly show available on the Westwood Satellite for radio stations, is a new idea. From here we talk about the current state of talk radio and media, as well as what’s planned for next year at The Bob Davis Podcasts. Some of the people who listen to these podcasts are interested in ‘behind the scenes’ stuff in radio. While there isn’t going to be any dirt thrown in this podcast, there is discussion about the fact that broadcast media, as well as some of the older style cable news channels really aren’t serving viewers and listeners anymore. It seems more and more as though the job of talkers is to get people angry and upset, or to gin up longer listening spans by talking about nothing, using emotional content in the worst sort of way. One of the things podcasters learn right away is, there is a lot more content in a half-hour podcast than you’ll ever hear in an hour on the radio or on cable TV News, and certainly in an hour of television news. What’s also surprising is the realization that being in business for yourself, and building the business, is sometimes more fun and engaging that actually doing the podcasts. Podcasting itself – while not brand new – is brand new to most people, especially for those long time talk radio listeners who find themselves with nothing to listen to. A new medium means new opportunities for business, which can be very exciting. The New Bob Davis Podcast Radio Show will feature content from the podcasts, which should become very dense after February 1st, as we begin official coverage of election 2016, by covering the Iowa Caucuses and then a grand trip through Mid South Super Tuesday States, to South Carolina (third in the nation primary state), Georgia, Florida, Louisiana, Texas and north back to the Twin Cities. Of course, the podcasts will continue right here at thebobdavispodcasts.com. Watch this space for links and specifics regarding the new Bob Davis Podcasts Radio Show. Sponsored by Pride of Homes and Luke Team Real Estate, Hydrus, and Baklund R&D.