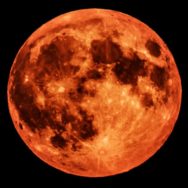 A second full moon in Libra in one month suggests change. For some it might mean enforced change. We’ll talk about it in Full Moon-Walk-Change-Bob Davis Podcast 824.

These days every natural event seems to have to have a name. The end of April 2019’s full moon is ‘The Pink Moon‘.

With no wind to speak of and warmer temperatures it’s time for a Walk and Talk Podcast. The rules are clear. No prep. No Plan. Walk and Talk in Full Moon-Walk-Change-Bob Davis Podcast 824.

Theme For This Podcast

So it is especially relevant that change seems to be the theme of this podcast. Seems like things that were so hot not so long ago aren’t so hot anymore. Moreover since these walk and talk podcasts also serve to consolidate several highly prepped podcasts, we’ll talk about being ahead of the curve on the latest negative stories about social media.

Certainly congressman AlexandrIa Ocasio-Cortez’s announcement she’s quitting Facebook because it’s a mental health hazard coincided with my podcast about oversharing on the embattled platform was pure dumb luck. Even more, an announcement by the CEO of Twitter suggesting changes in the platform because so many extremists litter its cesspool’s surface, really made me feel current.

Most noteworthy and unexpected for me is crediting one of You Tube’s most prolific ‘new age’ and ‘quantum shift’ proponents as a bell weather. When everyone including the fortune tellers are suggesting swimming in the river of so called news out of Washington, is ‘bad energy’ the end can’t be far away. Learn more in Full Moon-Walk-Change-Bob Davis Podcast 824.

A Change Is Coming

There’s no question political news and commentary saturates our airwaves and the Internet. We’re not learning more and consequently people are increasingly anxious. Clearly now everyone thinks something has to change.

Time Travel. This Walk and Talk Podcast starts out with some observations about the media reaction to Candidate for the Republican Nomination Donald Trump. The Bob Davis Podcasts will never endorse a specific candidate, tell you how to vote, or cover the presidential election process with an undisclosed point of view, with the intention of pointing listeners in the direction of a specific candidate. Comments here about Donald Trump are only observations, but one thing is clear; The establishment media’s reaction to the Trump candidacy prove he is the front runner. Punditry predictions about how Trump ‘will fade’ keep coming up, but the New York Times and The Atlantic are already treating the New Yorker like the nominee, doing their best to notch him down, starting with a hatchet job on his financial credentials and education history, a commentary written by republican moderates regarding ‘anarchy’ in the House with the resignation of the Speaker, and a ridiculous piece in the Atlantic that asserts American Prosperity until 1980 was the result of Unions and High Taxes, saying if Trump wants to return ‘White America’ to this halcyon time, he must be advocating for Union and High Taxes. What tripe! It was the Atlantic piece that began a flight of fancy on this Walk and Talk about Time Travel. If you could return to any era, would it be as history described it? Which era in history would you most like to return to? (Editor’s Note: My problem is I want to go back to all of them.) If you went back hundreds, or thousands of years, would you even be able to understand what was happening. Would you need time to physically absorb the context of the time, from language, immunity to germs and disease, smells, sounds, even a different blanket of stars in the sky. It is said history is written by the victors. How different is real history from the history we’re taught, the history we read, and the history we experience on a day to day basis in our time? Sponsored by Baklund R&D and Ryan Plumbing and Heating of Saint Paul.