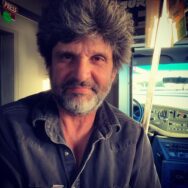 Road Trip With Me

First of all have you ever wondered what a road trip with me is all about? You’ll find out in Nomad-Ride-Along-Bob Davis Podcast 971.

Secondly there are more than a few observations in this podcast about Southwest Texas and the travel so far.

Most importantly the plan is to do a two to five minute update every hour as I travel.

Finally when you hit play, the day compresses down to about half an hour. Check it out in Nomad-Ride-Along-Bob Davis Podcast 971.

Moreover this process is often more internal than external. Now I understand why people take a sailboat around the world, alone.

Even more it’s the solitude. Being alone ignites the creative spirit.

Ride With Me? Say What?

Therefore if you’ve ever wondered what it would be like to ride with me you can do it in this podcast.

From Brownsville to Laredo and Points West

Meanwhile I am transitioning from the Gulf Coast Beach Life to the drier desert air. From Brownsville to a place called Carrizo Springs, Texas. Way out here in the middle of nowhere. But we’re somewhere, right?

Even more you get an answer to questions like how close am I to the border? Is it true I got kicked out of a Walmart Parking Lot? When you’re just out there do you stay at campgrounds and motels?

A friend asked me yesterday why I was driving so much. Why not stop in these little places?

To sum up once I head west I crave the open road.

In short I have a schedule and objectives in this nomad effort. I know it sounds weird but it’s true.

Be My Ride or Die

Be my Ride or Die and we’ll discover it together in Nomad-Ride-Along-Bob Davis Podcast 971.