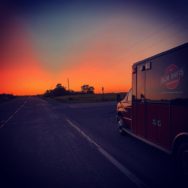 I’ve never been good at small talk. These days conversation is safe. Sports. Weather. Don’t discuss religion or politics at party. Above all there’s one group where the reverse is true. Learn more in No-Small-Talk-Agorafest-2019-Bob Davis Podcast 863.

I am live in Mobile Podcast Command in Gary South Dakota at the Buffalo Ridge Resort. It’s especially relevant that I am hanging with my anarchist friends at a little festival they put together called ‘Agorafest‘. And Buffalo Ridge is a great place to have it.

In contrast to pointless weekend conversation I come to Agorafest for the discussions about everything from home brewing to the meaning of life. In this podcast subscribers and listeners will get a little taste of our style of conversation.

Let’s Face It. Anarchy is Fun!

For political listeners most noteworthy is the question what is an anarchist? Moreover what brand of anarchism is the primary focus this weekend?

First of all to give you an idea of our fireside chats Cole Anderson and Mark Johnson join the podcast.

Life Is Suffering. Or Not!

Above all Mark and I have been debating whether life is suffering all weekend. That debate continues in this podcast, with some asides about home brewing and politics. How’s that for small talk?

Certainly you’ll hear anarchy isn’t as threatening as some people think. Indeed maybe you’ll hear something you’ll think about weeks from now. That’s usually the case with me.

Even more most of us feel we’re at a turning point in history. That deserves more than small talk.

Talk It Out As Friends

It’s great when people with very different ideas about how the world works to come together, hash it out and still be friends.

Everyone probably agrees that affecting change in your own community is more satisfying. Therefore learning how to do that constructively is a byproduct of these weekends.

America 2015 Pre Fascism? These days American politics seems to be nothing more than snark, shouts and screams, politicians doing and saying whatever they can to get as much media time as possible, served by a willing media looking for a three ring circus to increase ratings, clicks, favorites and views. Rather than working in politics, people seem to want to be their own movement (of one), or hang out only with those they agree with. Mostly no one does anything. These days a political argument is calling someone a name, or a personal attack. No one wants to hear the details. Frustration, fear and anger rule the day, and rhetoric is king. Need to solve a complex problem? Demand a solution, usually involving more government regulation, all tied up with a red white and blue ribbon with ‘Make America Great’, or ‘Hope and Change’ written on it. All of this is a movement waiting for a leader. A leader that promises to win the argument, fix the problems, make the bad things go away, and make everyone feel better again. The word fascism is so loaded, just saying it in a crowded room in relation to American politics provokes all sorts of angry responses. People almost always think of Germany in the 1930’s and 40’s. We’re taught fascism comes from the right, but the truth is that in Italy, and Germany it was a center right, or center left movement, to the right of socialism, marxism and anarchism but to the left of the established ‘conservative’ governments. When government becomes so powerful it is responsible for everything, it can’t do anything right. Sound familiar? Is America in a Pre Fascist political state? Are the conditions necessary for fascism on the horizon? If so, who or what is responsible and what can be done about it? Do we blame the elite? The government itself? Or people who have grown too dependent on a powerful state, and now they just want it to work. It’s time to talk about politics differently and name the real danger. Sponsored by X Government Cars.

Craig Westover. Long time editorial writer for the Saint Paul Pioneer Press, and political activist in the Twin Cities and Minnesota, Craig has the chops to be able to discuss the lack of principle underpinning right wing politics these days. Previous podcasts have discussed the so called discourse on social media and our society. Craig sat down with Bob Davis for lunch at a local ‘power-breakfast/power-lunch’ diner, and the result is a dynamic, freewheeling discussion in this podcast. It’s a great companion to the other podcasts decrying a lack of intellect when it comes to some posts and discussions on line, on talk radio and on cable television news services these days. This is a pronounced problem on the right, although it exists on the left as well. So, where does one start to sort it out? Craig starts with arguing from basic principles rather than what might be referred to as ‘issue advocacy’, progresses to Libertarianism, Republican politics, the US Constitution, the Tea Party, the Declaration of Independence, natural law, with some anecdotes about Minnesota politics thrown in. Craig ends on a somewhat positive note, suggesting government may not be necessary after all! If you’re involved in republican politics, job one is going to be figuring out the principles underpinning everything else. You can’t answer the question ‘What IS a Conservative’, or ‘What IS a Republican’ without first articulating some basic principles and working from there, rather checking boxes next to issues, or platform planks. If you want some answers, Craig Westover is a good person to start with. You’ll also end the podcast with a lot of questions. (Editor’s Note: The final podcast of 2014 also includes a shout out to sponsors, listeners and people who have made generous donations, but I did not have my list of names at the restaurant, so I will thank you guys now, both in the podcast and here and name you later. The Bob Davis Podcasts would not be possible without all of you.) Sponsored by Depotstar