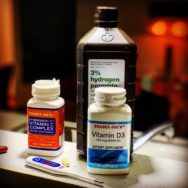 Seems like the whole world has gone crazy doesn’t it? Time for an easy talker about the Covid Crisis Denial. In addition some thoughts on the future. Learn more in Covid-Chaos-Denial-Observations-Bob Davis Podcast 914.

I’ve produced a whole series of podcasts listeners are still getting caught up on. Click here for all of them.

The Politics of Panic

Podcast 910 on the politics of panic is especially relevant.

Even more, podcast 912 details the breakdown of conservative principles in the face of fear.

Finally there’s podcast 913. How could the world economy might break down and what might be done about it, even if that’s the wrong thing to do.

Covid-Chaos-Denial-Observations-Bob Davis Podcast 914 consolidates some thoughts and observations from the earlier podcasts in the series.

What I have Not Said

I certainly will tell you in this podcast what I have not said in the series.

I think it’s most noteworthy that I have not bloviated on medical and statistical explanations the way some media charlatans have. On the other hand I will share some stories.

In conclusion the second half of this podcast explores some of the details about the spread of Coronavirus and the potential economic effects. One of the things I’ve noticed is despite the tools we have, many people are at a loss when it comes to fact checking what is being said.

Above all I will say that I believe we are just at the beginning of a nationwide crisis only a miracle will save us from.

As I have said from the get go…Time Will Tell

(Editor’s Note: This is obviously a fast moving story. Every now and then I misspeak or get a fact wrong. It really bothers me when I do, especially when it comes to arithmetic or something I should have known. I apologize for those mistakes in advance. I think right now, it’s better to get the content up than to be worried about everything being exactly right. On the other hand I’m pretty confident of my observations in general.)

Sponsored by Fitness Together