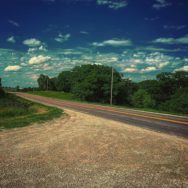 I think it’s time to talk to real farmers. I want to know about the issues effecting their lives and businesses these days. Time for a trip to rural Iowa in Backroads-Iowa-Real-Farmers-Talk-Bob Davis Podcast 843.

People Media Doesn’t Have Time For

Beware 2020 Political Coverage In Iowa Focused On The Cities

As a result most political coverage for 2020 is already coming out of the urban centers in the state.

I covered the Iowa Caucuses in 2016. Most of events were staged toward network television.

In addition the crowds portrayed in the news as ‘grassroots’ were in fact political operatives and activists.

Truth is nobody is talking to real people. Moreover farm institutions don’t always speak for them either.

Meet Mark Haselhuhn. Mark and his family have been farming in Iowa for generations. What’s most noteworthy about Mark?  He’s not a big corporate farmer.

Especially relevant are his opinions concerning trade issues and the recent dust up with China over Tariffs. Later we’re joined by Mark’s recently retired friend and helper, Leo.

While media continues to spend it’s time telling us all what to think, seems like we should listen to some real people for once. That’s what I do in Backroads-Iowa-Real-Farmers-Talk-Bob Davis Podcast 843.

From economics to immigration the unvarnished opinions of real voters and influential family farmers might surprise you. Above all it isn’t surprising that in this neck of the woods, politicians aren’t knocking on doors or walking through fields to ask farmers what they think. Even more the media isn’t either. Until the Bob Davis Podcasts came along.

Finally one of the key points of our conversation involves the desire for these two farmers to see politicians quit their bickering and work together. They don’t like the ‘My Way Or The Highway’ approach of either side of the so called political spectrum.

In conclusion it’s sad that Mark and Leo don’t have any illusions about whether politicians will start working together anytime soon.

(Editor’s Note: Special thanks to Mark’s daughter Emma for arranging this interview on a moment’s notice. In addition, guiding me to the farm via Facetime in real time! I know your time is precious, and I really appreciated the opportunity to talk to Mark and Leo. We’ll check in with them early next year.)