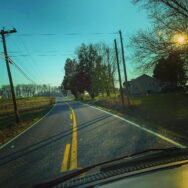 Above all it has been a minute or two and now it’s time for a nomad relaunch to go west. Details in Nomad-Relaunch-Go-West-Bob Davis Podcast 990.

First of all, just returned from my trip to Florida and along the Outer Banks.

In addition I avoided doing a podcast for at least week.

Coming To The End Of Family Work

Most importantly we were coming to the end of our work here in Richmond related to family.

No More From The Driveway Podcasts

Secondly it did not feel right to me, doing another spate of podcasts from my mom’s driveway in Richmond.

Back On The Road

Consequently I made the decision to get back on the road.

And some plans for future travels.

For example people wonder why I don’t “live somewhere” and travel for a few weeks and “come home”.

We’re Worried About You

Moreover I’ve been told people are “worried” about me.

Getting The Nomad Thing Explained

No Half Million Dollar RV For Me

Certainly I did not sell a big house and buy a half million dollar RV. Nothing even close.

However people I’ve met actually having fun are driving aged trucks in various states of disrepair.

Lots of flights of fancy in Nomad-Relaunch-Go-West-Bob Davis Podcast 990 to clarify some of these ideas.

In the same vein there’s really nothing that compares to the feeling of pure freedom which is part of travel without having to come home, because you are home.

Are We Really Free?

In short I wonder whether we are truly free in this country.

Forced to work in situations we don’t feel comfortable in.

Restricted in one way or another these days.

We Can Drive If We Want To

In conclusion for the time being the one thing we can do is drive. See the country when, where and how we want.

I can’t wait to head back out. 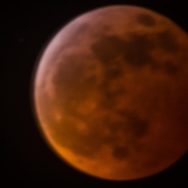 First of all they say an eclipse brings change. Do you think we need change or have we had enough? Learn more in Super-Blood-Wolf-Moon-Eclipse-Endgame USA-Podcast 797.

Shouting Across the Aisle

These days all you hear about is the latest insult. What one is doing to the other. What the other said about the one. Meanwhile there are lessons to be learned from the longest ‘government shut down in history’, even if it is over by the time you listen to this podcast.

Feds Furloughed. What About The Rest Of The Country?

As federal workers head into their second pay period with no paycheck, certainly they have concerns about the future. What about the rest of the country?

US Federal Government. Too Big To Fail?

Fruits Of Government Not Labor

Consequently all the talking heads seem to be focused on the fruits of the government, and what happens when those fruits are taken away.

While the rest of the world bemoans the state of the federal employee, what about the impact of government spending? It’s all in Super-Blood-Wolf-Moon-Eclipse-Endgame USA-Podcast 797.

A new modern monetary theory everyone in Washington is taking about says it doesn’t matter how much we borrow and spend. Or tax. All we have to do is print more money. There’s no sunset to the wonderful things we can do for Americans and the rest of the world. Rome had the same idea.

Republicans want to borrow for things they want, and so do democrats!

Spending and Borrowing? Both Political Parties Are Bankrupt

When it comes to spending it doesn’t matter whether there is a R or a D in front of a name. For example, what’s the argument against borrow and spend when you spend and borrow?

Pass Me The Soma!

Finally one thing about an eclipse. We get to see just how fast things are moving. As the soma from our biggest satellite faded from the sky recently, one wonders how long it will be before the benefits of individual sovereignty and freedom fade also.

Out With The Old…

In conclusion, isn’t that what an eclipse is all about? Out with the old…In with the new. ( Editor’s Note: That fantastic picture of the blood moon Sunday, January 21st was taken by Mitch Rossow, of Mitch Rossow Photography, from his roof in Uptown Minneapolis.)