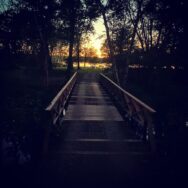 These days it seems like tough decisions are ahead for everyone. Me too. Let’s talk about it in Tough-Decisions-Ahead-Bob Davis Podcast 957.

Things Aren’t What They Seem

First of all the truth is things aren’t what they seem. At least that’s my takeaway.

Second of all when the going gets tough, decisions have to be made.

Most importantly normal everyday people are the ones that struggle the most with choices.

I can’t tell you how many people I know who have told me about some plan to move to a ranch in New Mexico, go out on the road, or take in renters.

Even more there’s talk of more stimulus and government spending. And here I thought the economy was going strong.

I say we’re living in a sea of nonsense. I’ve already talked about how useless political content is in a world awash with speculation and ‘experts’ at every turn.

Turning A Blind Eye To So Called Coaches

In addition what about the nonsense these so called ‘coaches’ are spewing on social media.

I’ve also certainly talked about how I can change my own content in that regard.

One Spectacle After Another

Meanwhile with so many ‘one day stories’ all the copycat content about the debates seems silly. Especially with the spectacle of the president’s back and forth with Covid-19 and the hospital over a recent weekend.

Back To Those Tough Decisions

Above all we’re living in a time when soon most of us will be forced to make tough decisions.

In Tough-Decisions-Ahead-Bob Davis Podcast 957 I wonder how my listeners and subscribers approach those decisions.

Further I tell a few stories I’ve gleaned from my experience and from others.

Similarly I have to wonder if we’re about to receive the mother of all wild pitches.

In conclusion how do we make those tough decisions? 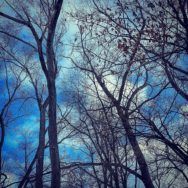