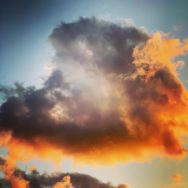 We’re living through a pretty intense time these days. Moreover I noticed something I call ‘peak summer‘ recently. It’s a pristine moment when time seems to stop and you can’t get enough. Learn more in Peak-Summer-Triggers-Transformation-Bob Davis Podcast 847.

A Time To Transcend The BS

In addition I think summer has a transformational quality. You can transcend all the BS. Especially in that moment when evening turns to dusk, the moon rises, and night starts to come on.

Power of Sound Gets It Across

I am fascinated with the power of sound. You can’t really film peak summer. Oh sure, some movies capture it. Pictures sometimes get it. On the other hand recording peak summer bottles the experience.

Evening Becomes Night and You Are There

As a result I have been out recording blocks of sound. In Peak-Summer-Triggers-Transformation-Bob Davis Podcast 847 listen to evening become night. You’ll have to put up with my explanation of why summer is transformative and some summer memories.

I first experienced peak summer when I was a kid. Seems like around twelve, thirteen or fourteen. When you hit that age there is a natural separation from the family and a yearning for freedom.

Maybe due to age, maybe by my insistence, my parents relaxed the rules a little during those times. I got to stay out later. Spent the night on the front porch, or in my fort in the backyard.

A Night Owl Returns To His Roots

I’ve always been a night owl. Consequently I spent a lot of time on the front stoop on those summer nights, listening to the radio and dreaming the way a kid dreams about the future.

It’s most noteworthy that these days I seem to have returned to those halcyon days. The glow of the street lights. Wind in the trees. The sound of trains in the big switching yard in my home down.

Don’t Forget To Enjoy It

We’re at the moment of peak summer right  now. Enjoy It.

I don’t have to tell people who live in the Upper Midwest, it’s a fleeting and magical moment. But I can share it with you…