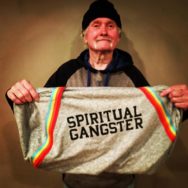 Due to legal weed in many states, Legal Recreational Marijuana is coming to your town or state. As a result, a position on weed may not define a party loyalty. Hear what the movers and shakers behind Colorado’s legalization effort say. Download Colorado Marijuana Legalization-Results-Strange Political Bedfellows-Joshua Kappel-Podcast 730 now.

If you’re a politician looking for an issue that cuts across demographic and party lines, weed is the ticket.

Especially relevant is the fact that legalization starts with medical applications. Moreover as with any new law, problems, opportunities and benefits resulted. Get informed in Colorado Marijuana Legalization-Results-Strange Political Bedfellows-Joshua Kappel-Podcast 730.

Roving bands of stoned hippies are not invading suburbia

Colorado enjoys very low unemployment and is collecting more tax from cannabis sales. Roving bands of stoned hippies are not invading suburbia. The sky has not fallen. Check it out in Colorado Marijuana Legalization-Results-Strange Political Bedfellows-Joshua Kappel-Podcast 730.

Because of Amendment 64, Colorado now enjoys low unemployment. The state is also collecting more tax revenue from cannabis sales. Finally, many in Colorado view the law as a win-win. Much as opponents predicted the worst outcomes the opposite has happened. Most of all lower regulation has led to lower prices and free market advocates love that!

In addition Trump, like Obama, has not enforced federal marijuana laws. Will weed retailers will run afoul of federal banking laws? Furthermore what happens if the federal government decides to raid pot farms in Colorado? Maybe the reason the Feds haven’t done this is they don’t want to challenge the tenth amendment?

As a result, legal weed is coming. Many states already have medical marijuana laws. Moreover polls show fewer opposed to legalization. And more studies show the medical benefits of certain cannabis products. Finally considering the problems created by alcohol abuse, there’s no question which is a better heath bet.

Hard Pressed To Find A Reason Not To

In conclusion I’m pretty hard pressed to find a reason why marijuana should still be illegal. Maybe even drugs like Special K and low dose LSD have their applications. Especially relevant are drugs you get from your doctor which seem even more dangerous than some so called ‘street drugs’.

Restrictive Laws No One Obeys

Most of all I don’t know why anyone drinks or uses drugs. In a perfect world no one should do either. Thing is, people do. Why do we have so many laws restricting how we behave, especially when they don’t seem to work?