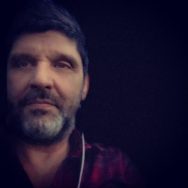 Just Getting By. This was a big weekend. Doing business stuff for The Bob Davis Podcasts, which includes doing some final work on taxes – yes filing late for the first time in many years – and discovered many people who have donated to Mobile Podcast Command who need to be thanked for their generosity. Finally with a complete list, we work our way through the people who have been instrumental to the road trip podcasts both for the sake of travel – a new topic category with The Bob Davis Podcasts – and for covering the 2016 primary campaigns earlier this winter/spring. Another subscriber asked me to talk about the economy, and it’s been awhile, so this podcasts focuses on the Just Getting By economy. We start off with how to inform yourself about economic news, then move onto a discussion of the problem areas with the US and world economy. A slow down in demand and low inflation has hit emerging economies like China, Brazil, Russia as well as basket cases like Venezuela. Meanwhile central banks keep pumping cash into these economies, encouraging more government and corporate debt. In the US, there have been as many corporate defaults this year as 2009. Not a good sign despite economic growth and improved employment numbers. Yes we’re out of recession, no it doesn’t feel like dynamic growth because it isn’t. We’re Just Getting By. Don’t expect the next president, or congress to solve any problems because no one is discussing how to spur the growth of new technologies that will form the building blocks of a new economy and a new society. Our political leaders are still talking like it’s 1999, or maybe even 1909. Employment may be higher, but the quality of those jobs isn’t as good as it was before the 2008 recession, many of them are part time, and don’t cover benefits. Many people are freelancing, which many writers don’t seem to think is a great idea, although some people in the so called 1099 economy love the freedom, and some make pretty good money if they hustle. While companies are hiring they are being more cautious. Stories about the ‘hell’ of the modern workplace proliferate these days, although working is better than not working. Meanwhile autonomous machines, self driving cars, single seat drone aircraft you fly by wire, dirigibles, supersonic airliners, robots who can operate like human beings, artificial intelligence, new advances in communications, anti aging, advances in medicine, compounds used in manufacturing and construction, changes in money, and many more new ideas are coming down the pike at a frightening or exhilarating speed, depending on what your fear level is. The new economy is coming, whether we want it or not, and if the government gets out of the way, it might just be pretty great. Let’s work through it and figure out what to do, because clearly this crop of 1900’s trogolodites doesn’t know what to do. Sponsored by Ryan Plumbing and Heating of Saint Paul, Brush Studio, and Hydrus.