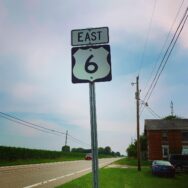 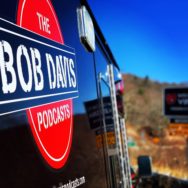 I promised a podcast for Ohio and West Virginia. West Virginia though, is most noteworthy. Find out why in Roadtrip-Adventure-Ohio-West-Virginia-Bob Davis Podcast 879.

Hard To Remember Where I was!

I’m on a mega road trip for Thanksgiving week. Heading across the central United States from Minneapolis and Saint Paul all the way to Richmond Virginia and back. As a result it gets difficult to remember just where I was.

First of all I intended to include more of Ohio. My route for a good part of this trip is US 33. Truth is, much of 33 through Ohio is actually more like an Interstate than it is a two lane back road.

Moreover through most of the time in Ohio, it was pouring rain. As I angled down toward West Virginia I focused on driving. In addition, I was a little frustrated with highway improvements that have left 33 a four lane autobahn with seventy mile an hour speed limits. I am searching for adventure in Roadtrip-Adventure-Ohio-West-Virginia-Bob Davis Podcast 879. That means backroads.

In contrast, there is West Virginia. I am enchanted with this “Wild and Wonderful” state. A place that turned out to be the stand out of the trip so far.

Maybe it’s the mountains. Towns and mountain hamlets. Old trailers and school buses. Picturesque unincorporated clusters of churches and antebellum houses. The contrast between wealth and poverty in some places goes back generations.

Due to the mountains, there are times when Mobile Podcast Command was rumbling along at 25 to 40 miles an hour, rather than freeway speeds. Through most of the state 33 is two lanes, with hairpin curves and 10 percent grades up and down. Almost heaven!

Story Within A Story

Seems like every little turn and twist in West Virginia’s mountain roads have a story. From Glenview to Elkins and more. Almost certainly all these places actually do have pretty good stories.

Finally this podcast ends in Virginia. One hundred miles from nowhere. On a crystal clear quiet night just before Thanksgiving.

Now I get to plan the return trip.